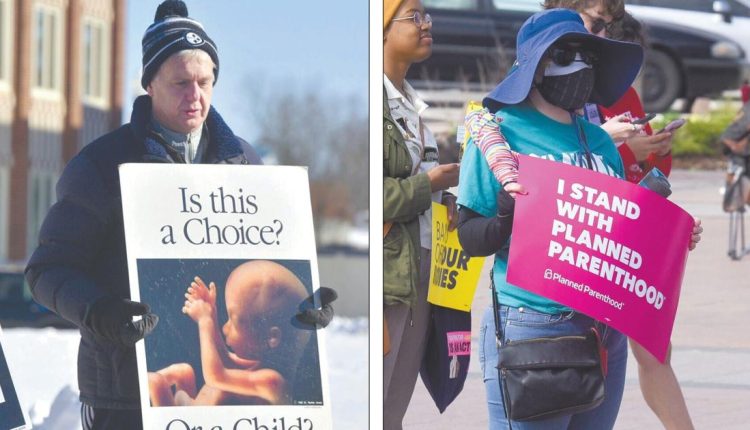 INDIANAPOLIS — In November of 2021, 23-year-old Texas resident, Tanya, learned she was pregnant.

That was two months after Texas lawmakers banned abortions after six weeks of pregnancy — the stage when a fetal heartbeat can be detected, but before most women know they’re pregnant. The new law provides no exceptions for rape or incest.

Tanya, as she was identified in an interview excerpt included in a report published by the University of Texas at Austin, discovered during an ultrasound appointment that the law, known as the “Heartbeat Act,” made her ineligible for an abortion in Texas.

“I had looked up some (clinics), and the closest were basically New Orleans, Jackson, Mississippi, and Oklahoma. I had called about six or seven places in those three states,” Tanya told researchers.

Ultimately, Tanya booked an appointment in Mississippi and embarked on a days-long trip to receive an abortion at a clinic two states away from her home. Her experience was among several collected by researchers who estimated 1,400 Texans each month cross state lines to obtain abortion care following the 2021 passage of the “Heartbeat Act.”

Analysts say the type of migration now common in Texas could become widespread if the 6-3 conservative majority on the U.S. Supreme Court decides to roll back abortion protections granted by the court’s landmark 1973 decision in Roe vs. Wade. Justices are expected to issue a decision by early summer in a Mississippi case involving the same clinic where Tanya obtained her abortion.

“The reality is that if the Supreme Court overturns abortion rights, we expect 26 states are certain or are likely to ban abortion,” said Elizabeth Nash, a state policy analyst with the Guttmacher Institute, a research think tank that supports abortion rights. “That would affect 36 million women of reproductive ages across the country.”

The patchwork of state rules that would result from overturning Roe vs. Wade would effectively create islands of availability across the U.S. in states where lawmakers haven’t moved to stop abortions.

And those states have become focal points for advocates both for and against abortion access.

Regardless of the Supreme Court’s decision, Robyn Chambers, the executive director of Advocacy for Children at Focus on the Family, said her organization will continue to advocate for abortion restrictions.

“Our hope is obviously that it’s overturned but we also recognize that if Roe is overturned at the federal level that abortion does not go away; it goes back to the state level,” Chambers said. “Our goal is to make abortion unthinkable.”

Similarly, Nash said clinics and providers in abortion-friendly states are preparing for an influx of patients from states with limited or no abortion access. That impacts their capacity both to treat residents from their own states and those traveling from elsewhere. Nash said appointment backlogs in Oklahoma rocketed from a few days to three to four weeks after Texas’ restriction went into effect.

And officials with the abortion provider Planned Parenthood reported an 800% increase in patients at clinics in Oklahoma during that period.

Oklahoma’s legislature had two proposals pending until this past week. One would have established a six-week ban, the other an outright ban on all abortions, except in cases of medical emergencies, rape and incest.

On Tuesday, state lawmakers there passed the latter bill. If signed by Gov. Kevin Stitt, it would make performing an abortion a felony in the state punishable by up to 10 years in prison and a $100,000 fine.

Of those states, experts expect Illinois to see the most dramatic influx of abortion patients as several surrounding states, including Michigan and Indiana, would disallow abortions. The state would become the nearest provider for as many as 8.9 million women, an increase of up to 8,651%.

“We should be preparing and are preparing for a scenario where Roe vs. Wade is no longer the law of the land,” said Bonyen Lee-Gilmore, the vice president of strategy and communication at Planned Parenthood in St. Louis.

Lee-Gilmore said about 75% of patients at Planned Parenthood’s Fairview Heights clinic, across the river from St. Louis, traveled from Missouri, which has some of the country’s most restrictive abortion laws. Lawmakers in Missouri, recognizing that proximity and outflow, introduced a bill that would allow residents to sue out-of-state physicians who perform the procedure.

Who is most impacted?

Regardless of their fundamental disagreement over access to abortion services, many advocates often agree on who is most impacted by restrictions.

About 1 in 6 pregnancies (excluding miscarriages) ended in abortion in 2017, according to Guttmacher — an estimated 862,320 abortions.

And whether abortion services are covered by insurance varies wildly from state to state, and from one insurance plan to the next. Even Medicaid coverage of abortions varies by state. The Hyde Amendment blocks federal money from being spent on abortions, except under narrow circumstances, but some states supplement Medicaid programs with state money to cover abortions.

“Women denied an abortion were more likely than women who received an abortion to experience economic hardship and insecurity lasting years,” the study, from University of California researchers, concluded. “Laws that restrict access to abortion may result in worsened economic outcomes for women.”

Recognizing this, Chambers, with Focus on the Family, said youth anti-abortion activists pushed the organization to find ways to support mothers post-birth and advocate for affordable healthcare as well as housing and education opportunities.

“The top reasons women have an abortion is because of financial issues or lack of support financially,” Chambers said. “And so those are the things we need to focus on … at that state level.”

Layered on top of financial considerations, is the high maternal mortality rate in the U.S., including in many states with strict abortion restrictions. and mortality statistics show Black women and other minorities suffer the most.

“Maternal mortality rates for Black women are three times that of white women and we know that … proportionately, there are more Black women seeking abortion care,” Nash said. “The fact that our country does not provide adequate reproductive healthcare — the brunt is borne by Black women and that is a real problem.”

Research from the University of Colorado Boulder predicted that pregnancy-related deaths would increase by 21% if abortion was banned nationwide, with a 33% for Black women.

The Supreme Court’s decision, even if justices don’t overturn Roe vs. Wade, will trigger rapid action by states as lawmakers and advocates pull against one another, said Nash with Guttmacher.

The estimated 26 states likely to constrict or halt abortion access include those with pre-Roe bans, those with “trigger” laws tied to Roe vs. Wade and others with laws currently tied up in litigation that could be dismissed following the justices’ decision.

“Just because this is where the political climate is right now doesn’t mean that’s where it will be in 5, 10 or 15 years. It may look very different then,” Nash said. “These bans may be eased in some way over that time as people see the harm and politics change.”

“We don’t know all those situations but we do know that the better choice is life,” Chambers said. “I do have hope for the first time in a very long time that Roe could be overturned but that doesn’t mean we back down.”