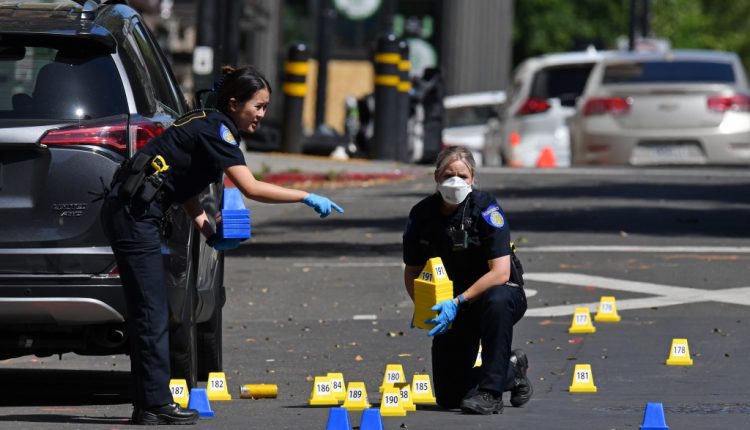 And while the numbers for 2021 are not yet tabulated, gun deaths since 2020 have remained high, according to GunViolenceArchive.org.

A perfect storm of trends may account for this. First, gun suicides have been increasing for about two decades. Access to firearms is a major risk factor for suicide, in part because suicide attempts with firearms are more likely to be fatal than attempts by other means.

Second, when hunting and shotgun sales were declining in the early 1990s, gun industry marketing emphasized handguns as a form of home protection to boost sales. But a summary of research by Harvard Professor David Hemenway found “the evidence is overwhelming that a gun in the home increases the likelihood not only that a household member will be shot accidentally, but also that someone in the home will die in a suicide or homicide.”

Next, legislators in many states enacted laws allowing people to carry concealed guns, claiming they provided protection. But research by Stanford professor John Donohue shows that violent crime increased by 13-15% in states with these laws.

Thirty U.S. states have also enacted “stand your ground” laws that make it easier for people who feel threatened to respond with lethal force. But, as a study by Michelle Degli Esposti published in the Journal of the American Medical Association revealed, stand your ground laws are associated with an 8% increase in firearm homicides.

Also, since the federal assault weapons ban was allowed to expire in 2004, there was a 239% increase in deaths from mass shootings, according to the Giffords Law Center. (The suspect in the recent mass shooting in Sacramento purportedly used a handgun that had been illegally converted to fire like a machine gun.)

In his 2017 inaugural address, President Donald Trump complained about crime and violence, vowing that the “American carnage stops right here.” But deaths from firearms rose considerably during his time in office, especially in 2020, his final full year.

In early 2020, when the coronavirus pandemic began, Trump downplayed its danger and mismanaged our nation’s response. As a result, the United States experienced far higher COVID-19 death rates than in other wealthy countries, leading to more disruption and financial desperation. A Pew Research analysis linked this economic insecurity to more murders and aggravated assaults. As violent crimes rose, more people felt the need to protect themselves by buying guns — an outcome the gun industry had been pushing for decades.

Nationwide protests over the murder of George Floyd by a white police officer in May 2020 were met with armed right-wing opposition. Firearm sales soared to unprecedented levels, an analysis of FBI background check data found. The deep divisions in U.S. society triggered another vicious cycle of gun buying for protection, which led to more gun deaths.

The experience of states like California shows that strong gun laws can reduce gun death rates by more than half without infringing on gun rights. But now, more than ever, states need strong federal gun laws, such as requiring background checks on all firearm sales. To make America safe again, voters must turn out in record numbers in the 2022 and 2024 elections and choose candidates who support reasonable regulation of firearms.

Griffin Dix is a researcher and writer who is co-chair of the Oakland/Alameda County Brady Chapter. His 15-year-old son, Kenzo, was shot and killed in 1994. This column was produced for Progressive Perspectives. ©2022 Tribune Content Agency, LLC.