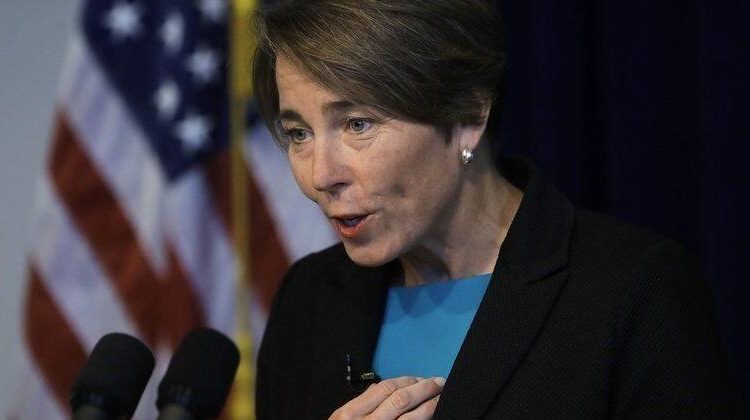 Healey racks up cash in bid for governor | Election

BOSTON — Attorney General Maura Healey is sprinting past challengers in the money race as she seeks the Democratic Party’s nomination to run for governor.

Healey had more than $4.7 million in her campaign coffers as of March 31, according to the latest reports filed with the Office of Campaign and Political Finance.

That includes a haul of more than $602,000 that the Democrat’s campaign raised last month, the filings show.

Healey, who is seeking to replace outgoing Gov. Charlie Baker, is the perceived front-runner in the race and her campaign’s massive fundraising war chest gives her a financial advantage over competitors on both sides of the political aisle.

To be sure, a sizable chunk of Healey’s funds — about $3.5 million — were re-purposed from her attorney general’s campaign account. But she has raised than $1.4 million since officially entering the governor’s race at the end of January.

Most of Healey’s fundraising pitches have focused on her accomplishments as the state’s top law-enforcement official, from legal challenges against the Sackler family and other pharmaceutical companies over their role in the opioid crisis to lawsuits her office filed against fossil fuel companies for contributing to climate change.

The fundraising has dwarfed efforts by Healey’s Democratic rival, state Sen. Sonia Chang-Díaz, D-Jamaica Plain, who raised more than $106,000 in March, boosting her campaign kitty to $368,000 as of March 31, OCPF filings show.

On the Republican ticket, Wrentham businessman Chris Doughty is leading the pack after reporting about $110,000 in fundraising last month, bringing his total to over $532,000. Still, that includes $87,000 Doughty loaned his own campaign last month. Doughty previously loaned his campaign $500,000, filings show.

Geoff Diehl, a former state lawmaker who is running with former President Donald Trump’s endorsement, raised more than $70,000 in March, according to filings, leaving his campaign with more than $104,000 cash on hand.

In the crowded lieutenant governors’ race, state Sen. Eric Lesser, D-Longmeadow, is leading the pack in fundraising after raising nearly 148,000 in March, leaving his campaign total at more than $1 million.

Sen. Adam Hines, who is also seeking the Democratic Party’s nomination to run for lieutenant governor, raised about $31,000 leaving his account with $314,000.

Democratic Salem Mayor Kim Driscoll reported raising more than $53,000 in March, which gave her campaign $113,000 at the end of the month.

Republican Leah Cole Allen, a former Peabody state representative who entered the race about two weeks ago, hasn’t reported any fundraising activity yet.

Allen, who lives in Danvers, is running with Diehl in the bid for the Republican Party’s nomination.

Political observers say Healey’s cash advantage not only stands to intimidate her competitors but will likely deter outside Republican groups from spending a lot of money on the race in an effort to hold onto the governor’s seat.

“It will keep the Republican PACs out of the race,” said Erin O’Brien, a political science professor at the University of Massachusetts Boston. “The national GOP won’t invest money in Massachusetts given the massive fundraising advantage she has, and with the competitive races in other states that they could win.”

Inside the Bilt Mastercard That Rewards You For Paying Rent