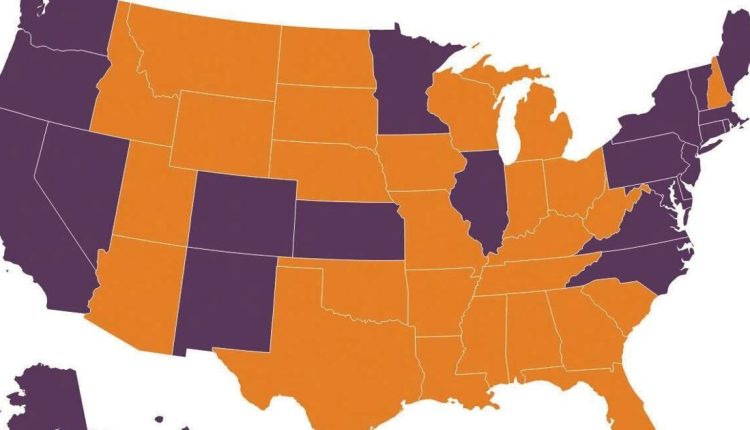 If the U.S. Supreme Court overturns the landmark Roe v. Wade decision, Massachusetts’ abortion protections would make it a haven for women who live in states with more restrictive laws seeking to have the procedure.

Following recent changes in the makeup of the Supreme Court that created a conservative majority, Democrats who control the state Legislature pushed through a raft of laws in late 2020 that codified a woman’s right to get an abortion.

The so-called ROE (Remove Obstacles and Expand Abortion Access) Act declares that the state can’t interfere with a “person’s personal decision” to get an abortion, allows the procedure after 24 weeks when deemed necessary by a doctor, and lowers the age of consent from a parent or judge from 18 to 16.

Gov. Charlie Baker, a Republican who supports abortion rights, vetoed the legislation, citing concerns about late-term abortions and lowering the age of consent. But Democratic lawmakers overrode his veto in a vote that went largely along party lines, with the Legislature’s GOP minority opposing it.

Women’s health advocates say the new law has made Massachusetts a leader in protecting reproductive rights. They say it also means women in the state will continue to have access to the procedure, even if the High Court’s conservative majority overturns the 1973 precedent-setting Roe v. Wade decision that legalized abortion.

“Massachusetts continues to push to make reproductive freedom a reality for all,” said Dr. Jennifer Childs-Roshak, CEO of the Planned Parenthood League of Massachusetts. “We have a large network of providers and the state Legislature has been consistent in putting laws on the books to safeguard access to abortion and protect women’s reproductive rights.”

The new law has made Massachusetts a haven for women from New Hampshire and other states with more restrictive abortion laws. But she said there are concerns that the state’s health care providers could be targeted by lawsuits from individuals or groups from other states for performing the procedure.

Childs-Roshak said Roe V. Wade is “under attack everywhere” and the deep blue state isn’t immune to anti-abortion groups who have been emboldened by the Supreme Court’s conservative tack and the prospect of upending abortion laws.

“Unfortunately, we don’t have a big blue bubble around the state, and we are definitely feeling the effect of everything that is happening,” she said.

Prior to passage of the ROE Act, abortion in Massachusetts was protected by the Roe v. Wade ruling, as well as a decision by the state Supreme Judicial Court.

Lyons and other anti-abortion activists tried to put a question to voters in the November elections to amend existing abortion laws to ensure “babies born alive” during the procedure are given lifesaving medical care. But they fell just short of the required number of signatures from voters to qualify for the 2022 ballot.

Massachusetts is one of 17 states where public money is used to fund abortions and other reproductive services for low-income women. Abortion providers are reimbursed through Medicaid payments, but it’s not clear how much the state spends on them.

A 1981 Massachusetts Supreme Judicial Court ruling holds that because the state provides medical coverage through its Medicaid programs to eligible women for births and other reproductive services, it must also provide coverage for abortions.

While anti-abortion groups are hopeful that the Supreme Court will overturn Roe v. Wade they’re also mindful that is unlikely to bring about tougher abortion laws in Massachusetts.

“The whole apparatus of state government in Massachusetts is aligned against the unborn and aligned with Planned Parenthood and the abortion industry,” said Andrew Beckwith, executive director of the Massachusetts Family Institute, a conservative advocacy group that opposes abortion. “It’s really disturbing.”