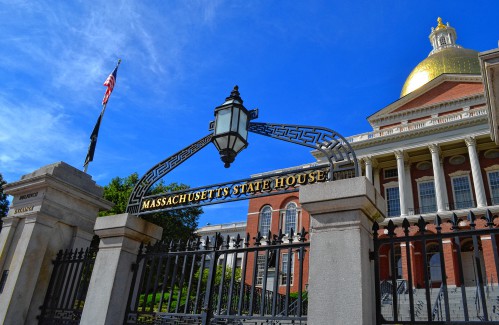 EASTHAMPTON — Southampton needs roads, building, broadband and regional school transportation money, but above all, the mental health crisis is what needs to be talked about, Maureen “Reeny” Groden told legislators and fellow municipal colleagues on Saturday morning at Easthampton High School.

“Our schools are asking for increased guidance and psychologists and it’s the social infrastructure for kids. Some people think that kids are resilient and that they’ll be OK, but I’m here to say that the impact is real,” Groden said. “We can’t fund this at a local level — it’s not a local issue. It’s really a state and national issue.”

Groden, a member of the Southampton Select Board, joined stakeholders from municipalities all over western Massachusetts who came together to address challenges facing the region as part of the second Western Massachusetts Municipal Conference. The day was split into a number of workshops that tackled topics like police reform and its impact on small towns; American Rescue Plan Act (ARPA) funding and economic recovery from COVID-19; and public infrastructure.

Comerford initially responded to Groden by saying that $400 million in ARPA funding designated for mental health is not enough, but does in some measure go to schools. She also noted that the Mental Health ABC Act: “An Act addressing barriers to care for mental health,” has a strong provision around school counseling.

“We will have to keep pushing and doing better,” she said.

More than 90 people representing municipalities from Berkshire, Franklin, Hampden and Hampshire counties attended the event, according to a spokesperson from the Massachusetts Municipal Association.

The conference, which was hosted by the Massachusetts Select Board Association, aims to promote sustainable cross-governmental partnerships across the western part of the state, to share best practices for adaptation to and mitigation of challenges facing the four counties, and to advocate more effectively for the region.

Steve Connor, director of Central Hampshire Veterans Services, spoke of his efforts to fight to keep the VA medical center in Leeds open. A report released in early March by the federal Department of Veterans Affairs recommended closing of the VA, with services currently offered at the 105-acre campus to either be relocated to other sites in the region or discontinued.

“That’s a big problem for our rural veterans. Whether you live in Williamsburg or Amherst, it’s going to take you three hours to get to Springfield if you don’t have a car,” said Connor. “That’s not going to be a good thing for us.”

Also during the session, Carey, who serves as the vice chairman of the Joint Committee on Advanced Information Technology, the Internet and Cybersecurity, spoke of progress made on a bill he has sponsored.

His bill, the Massachusetts Information Privacy and Security Act, establishes standards for how companies can collect, use, retain and sell personal information.

“I have a phone on my lap. I can see three dozen phones right now. Someone is taking our information and selling it as we’re sitting here, enjoying our coffees,” said Carey. “And if we pass this bill, Massachusetts will be the fourth state in the country to have these protections.”

During her update, Blais asked for help in illustrating the need for passing her bill, “An act relative to unpaved roads.”

The legislation would establish a commission to begin to explore the impact of unpaved roads on small towns and potentially pave the way for additional funding, she said.

“We face a disproportionate burden when it comes to maintaining those roadways. It’s not only a financial challenge for you as we’re seeing more frequent freeze-thaw cycles and more intense storms, it’s also a climate impact because many of our rural roadways are located along the side of water systems,” she said.

Blais urged those in attendance to utilize a tool available on the Franklin Regional Council of Governments website, which allows people to log the condition of the roads in Franklin County with photos, words and video. The website, frcog.org/category/administration/, also allows people to mark on the map where the problem area is located.

“That (tool) is helping me to make the case, because let me tell you, talking to people in Boston about mud season is like explaining what it’s like to be in space,” said Blais with a chuckle. “It is quite a challenge, but I think they’re beginning to get it. With your voices and your help, we will be able to tell this story and make a stronger case for investing in this critical infrastructure in our communities.”

‘It gives us a goal to shoot for’