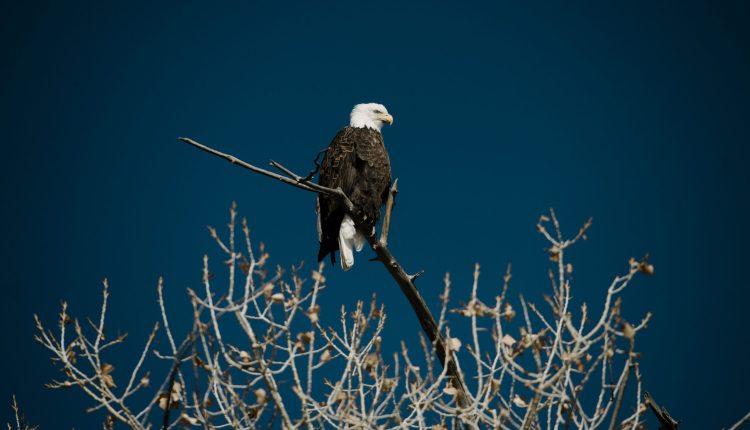 A wind energy company pleaded guilty this past week to killing at least 150 eagles at its wind farms and was ordered to pay $8 million in fines and restitution, federal prosecutors said.

The company, ESI Energy, a wholly owned subsidiary of NextEra Energy Resources, was also sentenced to probation for five years, during which it must follow an eagle management plan, after pleading guilty Tuesday to three counts of violating the Migratory Bird Treaty Act.

ESI acknowledged that at least 150 bald and golden eagles had died at its facilities since 2012 and that 136 of those deaths were “affirmatively determined to be attributable to the eagle being struck by a wind turbine blade,” the Justice Department said in a statement.

The deaths occurred across 50 of the 154 wind farms that the company operates in the United States, the Justice Department said.

The company failed to take steps to protect the eagles or obtain the permits that are necessary when eagle deaths are documented or predicted, the Justice Department said. By not taking these steps, prosecutors said, ESI had “gained a competitive advantage.”

“This prosecution and the restitution it secures will protect the ecologically vital and majestic natural resources of our bald eagle and golden eagle populations,” Phillip Talbert, U.S. attorney for the Eastern District of California, said in a statement.

Rebecca Kujawa, president of NextEra, said in a statement that she disagreed with the federal government’s enforcement of the policy because “the reality is building any structure, driving any vehicle, or flying any airplane carries with it a possibility that accidental eagle and other bird collisions may occur as a result of that activity.”

“We have a long-standing and well-earned reputation for protecting our environment and positively coexisting with and supporting wildlife around our facilities,” Kujawa said. “And we have never sited a wind turbine knowing an eagle would fly into it, nor have we taken any action in disregard of federal law.”

The company agreed to spend up to $27 million on measures to “minimize additional eagle deaths and injuries,” prosecutors said. Steven Stengel, a spokesperson for NextEra, said there was so far no specific breakdown of how that money would be spent.

The case comes as the bald eagle, the nation’s symbol whose resurgence is considered one of the greatest conservation stories of the 21st century, faces a new threat: lead poisoning.

All but a few hundred bald eagles were presumed dead by the mid-20th century, killed off largely by the widespread use of the synthetic insecticide DDT. A ban on DDT in 1972 and conservation efforts helped the population rebound. The bald eagle was removed from Endangered Species Act protection in 2007, and its estimated population grew to 316,700 by 2019.

But researchers found this year that of the 1,200 eagles they tested, nearly half had been exposed repeatedly to lead, which can lead to death and slow population growth. Scientists believe that the primary source of the lead is ammunition used by hunters, who shoot animals that the eagles then scavenge

Protecting the eagles has become a “challenging situation,” especially when it comes to wind turbines, said Julia Ponder, a professor and associate dean at the College of Veterinary Medicine at the University of Minnesota, whose research focuses on raptor medicine and surgery.

Although wind turbines can harm eagles and other birds, they are also an alternative form of energy that is cleaner than fossil fuels, which are contributing to a warming of the planet, she said.

The tips of a wind turbine’s blades can spin at about 200 mph, fast enough to immediately kill any bird, Ponder said.

Roberto Albertani, a professor of mechanical engineering at Oregon State University, said in 2017 that he and his team had devised a system that sought to make wind turbines safer for eagles.

It called for using cameras to determine if the birds were approaching the blades, triggering on-the-ground inflatable tubes, or “wind dancer” figures, like those often seen at car dealerships, to scare the birds away, Albertani said in a presentation last year.

Eagles appear to be “annoyed by anthropomorphic figures,” he said.

Ponder said some researchers were looking into using audio signals to keep the birds away from turbines. Others are working on detection systems that would shut off a turbine when eagles approach — a measure that could be effective, but costly, for power companies.

“These are really complex questions,” she said. “And we have to work to find the right questions to ask, and the answers to them.”

12 state police members fired for not getting COVID vaccine | News