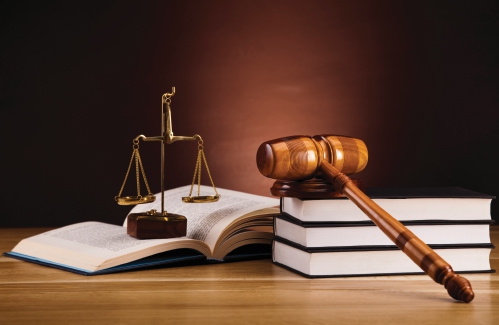 The Recorder – Trial underway for former officer’s lawsuit against Greenfield

NORTHAMPTON — Jury selection was held and a civil trial began in Hampshire Superior Court on Monday for the case involving Greenfield and a former police officer who claims he was discriminated against because of his race.

Former Greenfield Police Officer Patrick Buchanan, who is Black, filed a lawsuit against his former employer on Feb. 28, 2017, alleging the department denied him a promotion in part because of his race. Buchanan was the only Black officer on Greenfield’s police force. He is represented by attorneys Michael G. McDonough and Timothy J. Ryan, while Greenfield’s lawyers are Erica Brody and Leonard Henry Kesten.

According to the Hampshire Superior Court clerk’s office, the trial will likely continue at least through the rest of the week except for Friday, when other matters will be addressed. Court sessions begin at 9 a.m.

According to the complaint filed by Buchanan, he was appointed as a provisional sergeant on Jan. 13, 2015, after he and several other Greenfield Police officers took a Civil Service promotional exam for the department’s two sergeant positions. Buchanan reportedly passed the exam and was the highest scorer within the department.

However, days after Buchanan was promoted, he completed a traffic stop involving an 18-year-old driver, to whom he issued a warning rather than a ticket. Buchanan reportedly informed the driver that his traffic violations could have resulted in $185 in fines, and told the young man he should use some of that money “to buy something nice for his mother.”

Buchanan’s complaint alleges Sgt. Daniel McCarthy, who was the department’s liaison to Greenfield’s Human Rights Commission, heard about the traffic stop and left a letter for Lt. Joseph Burge, who is now retired, noting he had no issue with Buchanan’s decision to issue a warning until he learned this had been at least the fourth or fifth time the officer had handled a traffic stop this way.

McCarthy was then named as the complainant in a formal Greenfield Police Department internal affairs complaint brought against Buchanan. According to the complaint, the Police Department’s rules with respect to internal affairs state that the criteria for determining the categories of complaints to be investigated include allegations of corruption, brutality, use of excessive force, violation of civil rights, criminal misconduct and any other matter as directed by the police chief.

On Jan. 21, 2015, Chief Robert Haigh Jr. ordered that Buchanan be placed on paid leave while the department investigated the complaint brought by McCarthy. By the end of the month, Haigh notified Buchanan in writing that as a result of the internal affairs investigation, he would be subject to a three-day unpaid suspension, demoted from his position as provisional sergeant and removed from his role as a field training officer. He was also instructed to participate in a conflict of interest training program.

According to the lawsuit, Buchanan appealed the suspension order and the initial appeal was heard by Greenfield’s then-Mayor William Martin, who affirmed Haigh’s disciplinary orders.

“The charge put forward by Sgt. McCarthy against Officer Buchanan in January 2015 was racially motivated and it was a significant factor in removing Buchanan from the provisional sergeant position, and Buchanan’s three-day suspension,” the lawsuit reads. “Race was a motivating factor in the series of events starting with Sgt. McCarthy’s complaint, to (the) chief’s suspension and demotion, and the mayor’s approval.”

On Oct. 16, 2017, Buchanan was again promoted to provisional sergeant and served in that role until Feb. 1, 2019, when Haigh again demoted him to patrol officer. According to the lawsuit, Buchanan was demoted from provisional sergeant due to complaints allegedly made to the chief about Buchanan and Sgt. Stephen Westerling, who is now retired. No disciplinary action was taken against Westerling, the lawsuit alleges.

In late 2018, Haigh reportedly hired retired Tewksbury Police Chief Al Donovan to investigate the complaints by the subordinate officers against Buchanan and, in response to Donovan’s report, Haigh demoted Buchanan for a second time.

“This treatment of Buchanan is remarkably different than the department’s treatment of numerous white police officers, including but not limited to Sgt. Dan McCarthy, Sgt. James Rode and Officer Todd Clark,” the lawsuit reads. “The town has repeatedly been much more lenient and forgiving in its treatment of white officers who have brought unfavorable attention to the department (conduct unbecoming a police officer) or actually clearly and unmistakably violated the laws and rules governing police conduct.”

In late 2020, Greenfield announced three openings for promotion to sergeant. Buchanan was one of 10 officers to apply. According to the lawsuit, the city, in connection with the promotions, set up a scoring matrix that allocated 20% for education and experience, 40% for the results of the candidates’ oral interviews with the Public Safety Commission and 40% based on the chief’s assessment.

Haigh allegedly did not meet with Buchanan to discuss his work or his request for a promotion. He scored second on the education and experience component, ranked fifth on his oral interviews, and Haigh rated him ninth of the 10 candidates.

“Haigh in ranking Buchanan so low was able to ensure that Buchanan had an overall ranking of fifth and as such was not in contention for the three promotions in the event the selection was based on the promotional scoring,” the lawsuit claims.

In late December 2020, a fourth sergeant was needed, at which time Haigh allegedly bypassed Buchanan for an officer who scored below him, according to the lawsuit.

When reached by phone on Monday, Haigh declined to comment on the lawsuit.

‘We have too many guns on the street’