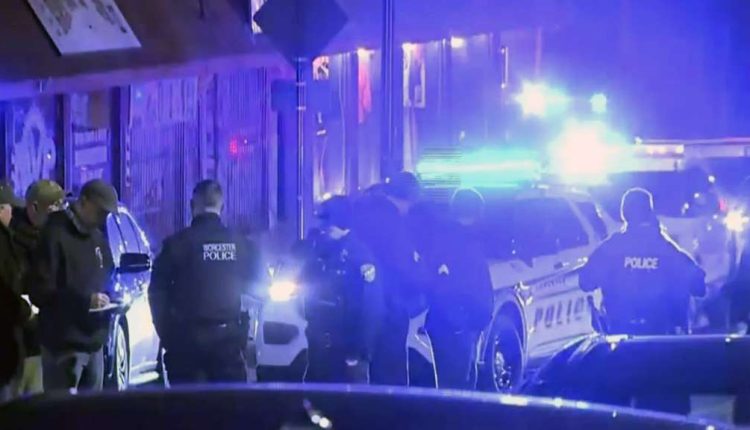 WORCESTER, Mass. (AP) — A man suspected of fatally shooting two brothers outside a Massachusetts bar in December after one of the victims knocked on the business’s window was held without bail at his arraignment Wednesday.

Christopher Burns, 37, was arraigned on charges including two counts of murder in connection with the shooting outside the Worcester bar in the early morning hours of Dec. 8. Not guilty pleas were entered on his behalf.

His attorney did not argue for bail. A message seeking comment was left with the defense lawyer.

Marcus Thibodeau, 27, and James Johnson, 35, who according to family were brothers, were killed outside the Diamond Inn.

They went to the bar at about 1:40 a.m. and one of them knocked on the window, but they were denied entry because last call had been announced, according to the police report.

But the knock apparently angered Burns, police said, and other patrons hard him make a threat, police said.

He is later seen on surveillance video after the shots were fired running to his vehicle and speeding away, the report said.