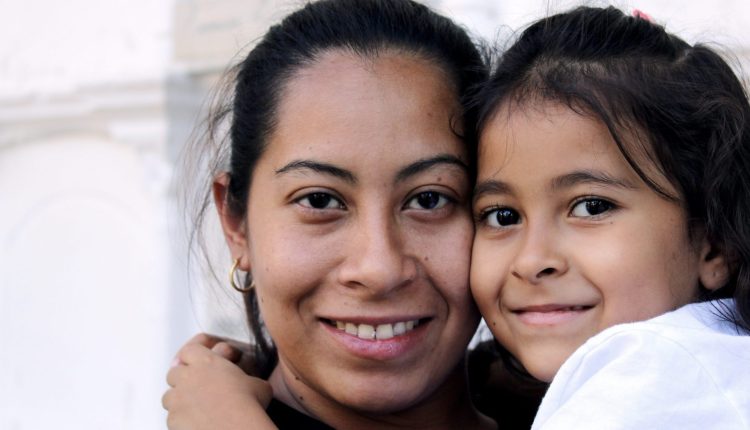 Mom to Mom :: Trust Your Intuition

When it comes to intuition, there’s the regular kind, and then there’s the “mother’s intuition” kind. And there’s good reason for that. Yes, it’s a thing. And it should be trusted. We moms know our children better than anyone. We’re connected to them at almost a cellular level, whether we gave birth to them or not.

Oftentimes, though, we do not give ourselves credit where credit is due. And when it comes to our “gut feelings” or intuition about situations related to our children, we sometimes lack the confidence to do what we probably know we should do. We do not trust our intuition at all times. The thing is, when we do, we’re right more often than not!

Here are six illustrations of the “mother’s intuition” phenomenon from real moms. You are not alone in feeling like you just KNOW when it comes to your kids. And perhaps these stories will help you feel empowered to trust yourself a little more.

“Our pediatrician didn’t believe, despite several ear infections, that my youngest son needed ear tubes and didn’t think his hearing could be impacted. She also wasn’t concerned that his babbling was limited. I knew something was up, so I ended up going out and getting an audiologist and Early Intervention on my own. It turns out he needed tubes, is hard of hearing, and is autistic. Needless to say, we no longer see that pediatrician. Had I not followed my gut on Early Intervention, we most likely would still be on the waitlist for an evaluation and would have missed getting into the intensive preschool he is in now.” — KC

“When my oldest was little he had chronic pneumonia several times a year, and his lungs were beginning to see damage. We saw some of the best (truly the best) pediatric GI and pulmonologists, and they had no clue why it was his “weak spot.” Instead of intervention, they offered more treatment protocols. My mom gut felt super strongly that we should be PREVENTING pneumonia, not just treating it. I demanded to see an immunologist, and all but one doctor scoffed at me. We saw the immunologist, who ran one titer test on my son and found he had NO immunity to pneumonia. His body hadn’t even created antibodies from the pneumococcal vaccine babies receive. So they gave him the adult pneumococcal vaccine to see if he’d create antibodies from that, and he DID! He’s only had pneumonia three times since then. A major win.” — Meg Block

Dads may not always know, but moms kinda do

When my daughter was 9 months old, she accidentally fell off her changing table while in the care of a babysitter (who is wonderful — these things can happen to anyone). My daughter cried for some time and then fell asleep. But the next day, she wouldn’t crawl. I knew something was wrong. My husband and others thought perhaps she was sore and it would pass. But this kid loved crawling all over the house, and she was avoiding it like the plague, regardless of what toys or what action was nearby. It was Sunday, so I waited until Monday morning and brought her to her pediatrician. He examined her and ordered X-rays, which of course revealed a fracture on her radius. As soon as the cast was on, it was only a matter of hours before she started slowly figuring out how to crawl again with her new contraption — and soon after, she was unstoppable again. — Angie M. (Me! This one’s my story!)

Making friends is hard… and so is following our gut

“My daughter was in the same kindergarten class as the boy across the street. I grew up with this boy’s family, so I felt pressure to support a friendship. He was on her T-ball team as well. This boy gave me that gut “not a good friend for my kid” feeling, but I ignored it because of being neighbors and friendly with the family. Well, at a T-ball game, he started berating my daughter (the only girl on the team), calling her names and throwing dirt at her. She decided she never wanted to play T-ball again because of this. I wish I had trusted my gut instead of giving in to social/self-appointed pressure. This behavior was also happening at school, but because my daughter is very easygoing, she shrugged it off until it came to a boiling point that day.” — Michelle Mady

“I can look back on several situations where I wish I had gone with my instincts, but as a first-time mom I didn’t always understand my rights. Particularly when it came to hospitals and doctors. I know now that I can say “no,” but I truly felt powerless against physicians’ authority and wasn’t prepared to stand up to them when I first became a mom.” — Shannon Gibson

I want to leave you with a funny story to give you hope that this mother’s intuition stuff is not always about stressful interactions and medical mysteries. And I want to encourage you to examine your motherhood experiences thus far for instances when you listened or did not listen to your intuition and assess whether you would do things differently next time. It might prove helpful to you and could allow you to support someone else doubting their own intuition!

”My laundry room is at the bottom of our basement stairs. Our stairs are an open staircase in our dining room, with railings around them. It’s habit for everyone to just toss their dirty laundry over the railing, because it lands right in front of the laundry room door downstairs. One day, we were on the verge of ‘mountain of laundry’ status, and I was about to shove it into the laundry room and start washing when I had thought that I shouldn’t do it at that moment — it could wait until later.

“Twenty minutes later, my toddler figured out how to open the baby gate at the top of the stairs, and he fell down the whole flight — landing safely in the pile of dirty laundry at the bottom. Had I moved the pile, he would have landed head first on hard, ceramic tile.