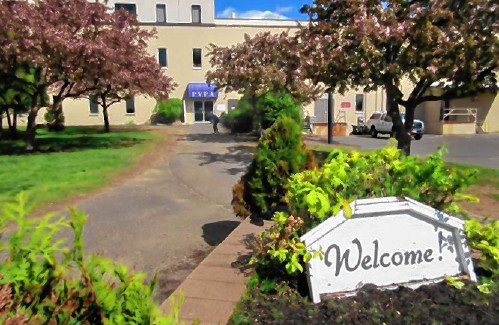 SOUTH HADLEY — The Pioneer Valley Performing Arts Charter Public School has narrowed down its search for a new executive director to three finalists.

Three candidates were invited to the PVPA campus this week for interviews with students, staff and community members.

The three candidates are: Brett Gottheimer, an assistant principal at Keene High School in New Hampshire who has also worked in administrative roles in Connecticut and as a high school music teacher; Erica Manville, a visual arts teacher at Drury High School in North Adams, a city where she has worked as a teacher and leader since 2005 and is involved with the North Adams Public Arts Commission; and Brent Neilsen, PVPA’s current interim executive director who served as director of student services since 2013 and was previously a special education teacher in Deerfield and Amherst public schools.

Sandra Courtney, PVPA’s enrollment and communications coordinator, said that the school’s executive search committee expects to announce a hiring decision by May 1.

The three candidates each had a full day of meetings earlier this week with the student council and other students, senior administrators, teachers, staff, the board of trustees, parents and community members.

“The candidates’ days on campus seemed to go very smoothly,” said David Potter, the president of the school’s board of trustees.

Potter said that the full board will meet on April 26 in a special meeting in order to determine who will become the school’s next executive director, taking into account feedback from the various constituencies on campus and in the community.

Marc Kenen was the school’s previous head, serving from April 2018 until January 2021, when Nielsen became the interim executive director.