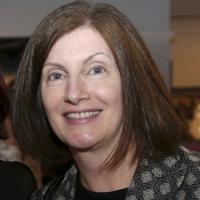 DANVERS — Embattled superintendent Lisa Dana will be paid $280,000 for unused vacation and sick days when she steps down in August.

The payment will be made as part of a separation agreement that was approved by the School Committee on Monday night and signed by Dana and School Committee Chair Eric Crane on Tuesday. The school district announced on Tuesday that Dana decided to retire effective Aug. 31, four years before her contract was set to expire.

According to the agreement, Dana will be paid the $280,000 either in one lump sum or in two separate installments on or before Sept. 1. The payment “incorporates and effectuates the complete redemption of all of Dr. Dana’s unused accumulated vacation and sick days through August 31, 2022,” the agreement says.

Dana has been on medical leave since late December after facing intense criticism for her handling of reports of racist and homophobic hazing on the high school boys hockey team two years ago. The Attorney General’s office is investigating the school district’s response to the incident.

Crane said Wednesday the $280,000 payment reflected “what is reasonable” based on Dana’s accumulated sick time.

“It certainly wasn’t a magic number,” he said. “We had our attorney looking at the contract.”

Dana, through a school district spokesman, declined to be interviewed on Wednesday. Before going out on medical leave, she said at a School Committee meeting that the controversy had taken a toll on her mental health.

Dana has been superintendent in Danvers for nearly 18 years, making her one of the longest-serving superintendents in the state, and has been with the Danvers Public Schools for 32 years. Her salary is about $197,000. Her contract was scheduled to expire in June of 2026. She will remain on paid medical leave until Aug. 31.

According to the contract, Dana is entitled to 15 sick days per year and can accumulate up to 175 days. She also receives 25 vacation days and can carry over any unused vacation days to the next year, not to exceed 61 days.

Crane has appointed School Committee members Robin Doherty and Alice Campbell to a subcommittee that will lead the search for a new superintendent.

“The important thing now is to move forward and begin the search for a new superintendent,” Crane said.

“Lisa served this district well for many, many years. For the first time in 14, 15 years we’re starting the process of finding the next right superintendent for our district.”

Mom to Mom :: Trust Your Intuition