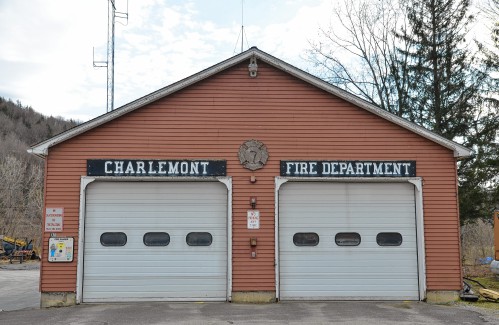 CHARLEMONT — The Selectboard has decided to form an emergency services facility building committee, a topic that will be broached at the May 24 Annual Town Meeting.

The town is considering constructing either an addition to the existing Fire Station or a new municipal building at an undetermined location that would house police, fire, EMS, emergency management and town departments. Aside from a general lack of space, the current Fire Station exists in a floodplain, so if a storm occurs, “basically all of (Charlemont’s) emergency equipment is going to be in harm’s way,” said Selectboard member Dan Girard.

Having only completed a space needs assessment for the Fire and EMS departments, forming a building committee is the next step in the process, according to an email Fire Chief Dennis Annear sent to the town.

Once assembled, the committee “shall meet on a regular basis … as needed during the design process” and “make periodic reports” to the Selectboard, which will have the authority to make all final decisions, according to Annear. The committee’s first responsibility would be to initiate a procurement process to contract with an owner’s project manager “engaged in the practice of providing project management services for building construction and supervision.”

“The purpose of this committee will be to review the space needs of the various departments, review sites for the new building, hire an owner’s project manager and oversee the design of the building,” Annear described.

The current Fire Station at 5 Factory Road, which was in use when Annear began serving the department in 1976, lacks space to operate, handicap accessibility, storage and essential amenities.

“At this point, we are drastically uncompliant with current codes,” Annear said.

Specific amenities the station lacks include showers, locker rooms and a full commercial kitchen, which Annear said is required to have a “Red Cross-approved shelter.” The lack of bay space poses perhaps the most direct cause for concern, however, as new research has shown higher incidences of cancer within fire departments that cramp gear near diesel trucks, according to Annear. Out of the Charlemont station’s four vehicles, he said, only one has an exhaust filter.

Annear also highlighted the space needs of other emergency departments when considering the prospect of a joint municipal building.

Aside from recognizing equipment safety concerns relating to flooding, the Selectboard discussed not having enough space to house refugees affected by natural disasters, referencing Hurricane Irene as an example. Currently, board members acknowledged, Hawlemont Regional School in Charlemont is the only readily available shelter in such situations.

Additionally, Girard expressed an interest in implementing town meeting space within whatever building may be constructed. Willis, though, said this would be “a little excessive for a town that doesn’t have any money,” arguing that the school should suffice.

Annear estimated that the building contract will cost upwards of $1.5 million, an expense the board hopes to secure grant funding to offset.

Annear said whether the building will be an annex to the current Fire Station or a new municipal building altogether depends on what the building committee determines to be the “best bang for their buck.” The project’s timeline is also uncertain. Somewhere along the line, though, the town intends to hold a public forum to field opinions from residents about how to proceed, Annear said.

“We’d like to (complete the project) as fast as possible,” he said, “but the way that communities move, it’s going to be a lengthy process.”