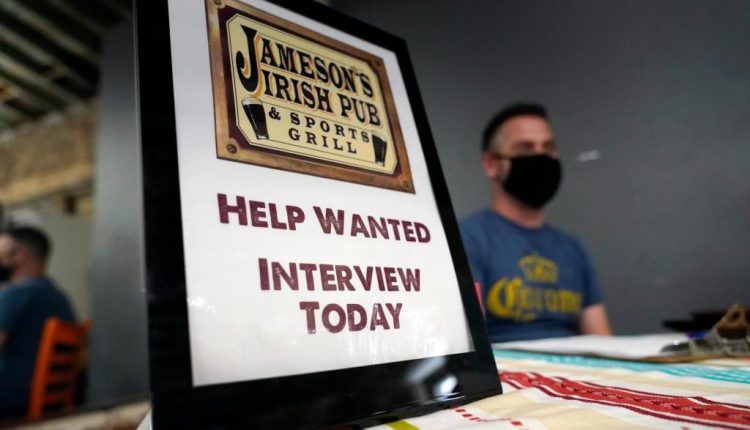 Massachusetts jobless rate drops to lowest since start of pandemic

The state’s unemployment rate dropped last month by 0.4% to 4.3%, the lowest the rate has been since the start of the COVID-19 pandemic, officials report.

“The even better news is that jobs are coming back in the state’s hardest-hit areas,” said Jay Zagorsky, an economist at Boston University’s Questrom School of Business. “Over the past year, the leisure and hospitality industry has gained more than a quarter-of-a-million — 272,500 — jobs, since people are again eating out in restaurants, staying in hotels and going to shows.”

The March unemployment rate of 4.3% was 0.7% above the national rate reported by the Bureau of Labor Statistics.

The unemployment rate is based on a monthly sample of households. The job estimates are derived from a monthly sample survey of employers. As a result, the two statistics may exhibit different monthly trends.

The largest over-the-month private-sector job gains were in the professional, scientific, business services, education and health services, and leisure and hospitality sectors.

From March 2021 to March 2022, BLS estimates Massachusetts gained 186,400 jobs. The largest year-over-year gains were in the leisure and hospitality; professional, scientific, business services; and education and health services sectors. Financial Activities was the only sector to see job losses.

“What’s really striking is leisure and hospitality, which is 25% greater than a year ago,” said Michael Klein, professor of international economics at the Fletcher School at Tufts University. “That’s emblematic of how the country is recovering from COVID. It shows the economy is emerging from the pandemic.”

Over the year, the state’s seasonally adjusted unemployment rate was down by 2.1 percentage points.