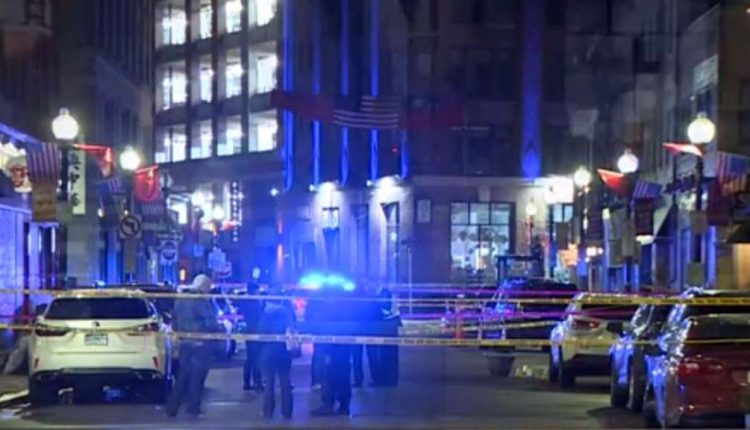 BOSTON (WHDH) – Three people were taken into custody in Charlestown early Sunday morning after a police pursuit ended in a car crash.

Officers were responding to reports of a double shooting near the intersection of Beach Street and Oxford Street in Chinatown around 2:30 a.m. when the chase began, officials said.

Police say they found two men in their early thirties just beyond the Chinatown gate with gunshot wounds and rushed both of them to the hospital in critical condition.

Meanwhile, officers worked on tracking down the people responsible.

“During the incident, a suspect vehicle description was given out. Officers assigned to District One spotted this vehicle and pursued it into Charlestown,” said acting Boston Police Chief Gregory Long.

Police say that car crashed in the area of Sullivan Square, with officers surrounding it to get out the people inside.

All three of them were taken into custody, and police say they recovered a gun. The three people inside that car are being treated at the hospital for injuries related to the crash, and are expected to survive.

Meanwhile, in Chinatown, investigators combed the streets for evidence, searching in teams, with flashlights, and putting down markers, as they work to piece together what led up to this double shooting and police chase.

“All I can say right now is there seemed to be some sort of disturbance here,” Long said. “It’s too early in the investigation to indicate what precipitated it.”

Anyone with information is urged to call police.

Live Updates | At least 2 die in rocket attack on Kharkiv