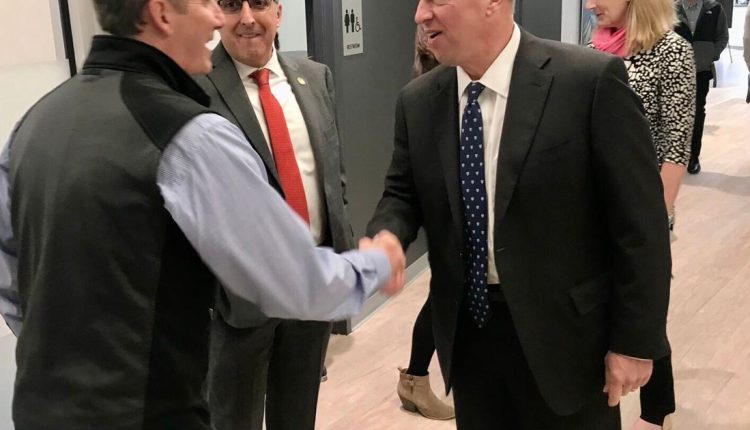 Housing projects in Wenham, Gloucester get share of $63M in state funds | News

Kennealy described the announcement as another step in attacking the state’s housing crisis.

Among the officials and housing advocates on hand in Gloucester was Andrew DeFranza, executive director of the Beverly-based nonprofit Harborlight Community Partners, which is sponsoring the Maple Woods senior housing project on Maple Street in Wenham.

The Chapter 40B development was first approved by the town’s zoning board in 2015, but then tied up in court for years until a settlement was reached with abutters that included reducing the number of units and height of the buildings. Town Meeting then approved spending $750,000 on the project in October 2019, and Harborlight was poised to secure the remainder of financing.

Housing and Community Development is supporting the project with federal and state low-income housing tax credits and subsidy funding. The city is also providing money.

“It’s incredible to see this, another great chapter in the story of the Y that your old site will become 44 units of housing for seniors in housing in Gloucester,” Kennealy said.

YMCA of the North Shore CEO Chris Lovasco, a Gloucester native, said he felt “extremely proud and extremely thankful” for the award.

“I’m humbled, because you all know what it takes. These projects are not easy,” he said to laughter. “So you have that moment that says is it really happening? It’s a long process.” he said.

From concept to construction can take up to seven years, he said.

“The John J. Meany project is a godsend to one of our most vulnerable populations, that’s our seniors,” said Mayor Greg Verga, noting that by 2030 the city’s population older than 60 is expected to grow to 58%. Today, about half of the city’s seniors are house cost-burdened, spending between 30% and 50% on rent or mortgage, and there are 400 seniors waitlisted for affordable senior housing, he said.

“This new project on Middle Street is the type of housing we need: high quality, affordable, and a convenient downtown location.” There will also be designated units for veterans, Verga said.

Verga said the city was grateful to partner with the North Shore Y and fortunate for the nonprofit’s expertise and focus on affordable housing.

Lovasco also introduced Meany, who was among an audience consisting of officials and housing advocates for projects from around the state, including Jamaica Plain, Cambridge, Chester, Fitchburg, Holyoke, Lawrence, Mashpee, New Bedford, Springfield, Wareham, Westford and Worcester.

Ethan Forman can be reached at 978-675-2714, or eforman@northofboston.com. John Castelluccio contributed to this story.

Woman learning to drive at cemetery crashes into gravestones