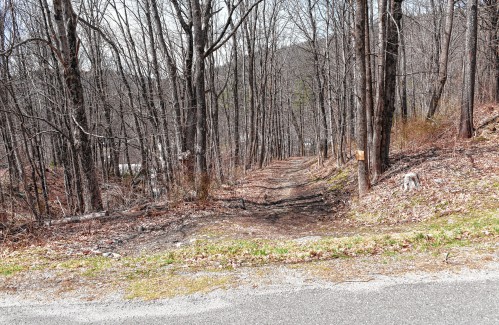 COLRAIN — Highway Superintendent Scott Sullivan will be taking out his measuring wheel in the near future as the town tries to determine the public layout of Old Town Road.

Off of Call Road and running parallel to Shattuckville Road, Old Town Road’s status is unknown as Sullivan says the only documentation he has states that the town maintains a total mileage of 0.07 miles, or approximately 370 feet, on Shattuckville Road. Sullivan will be joined by Town Administrator Kevin Fox and abutters of the property as they measure the road and determine where the public layout ends before any further actions are considered.

The matter was brought forward by resident Marilyn O’Brien, who abuts Old Town Road from the east.

“I wanted to learn the status of the road,” O’Brien told the Selectboard earlier this week. “Is it a road, is it not really a road?”

O’Brien said she was curious about the status of the road because she may own part of it if the Selectboard determines that it is in fact private property considering the road would be split in half between abutters on both sides.

She described Old Town Road as a “no man’s land” because it’s “not a road anyone would drive with their car.” O’Brien said if it’s her property, she would like to restrict access due to noise created by four-wheelers and other recreational vehicles.

“I would like to just block it off then,” O’Brien said. “I don’t mind the snowmobilers coming up.”

Before any decisions are made, though, Selectboard member Michael Slowinski said Sullivan will need to determine the public layout of Old Town Road.

“First of all, Mr. Sullivan needs to determine where the 370 feet is,” Slowinski said. “If it’s not a town road, then we have no jurisdiction over private property.”

Reading from a roster of town roads, Sullivan said it seems like it is not a public road, but a measurement will clear up confusion.

Sullivan is coordinating with O’Brien, the Brown family that owns property on Shattuckville Road and Fox to set up a time to walk the road and measure its length.