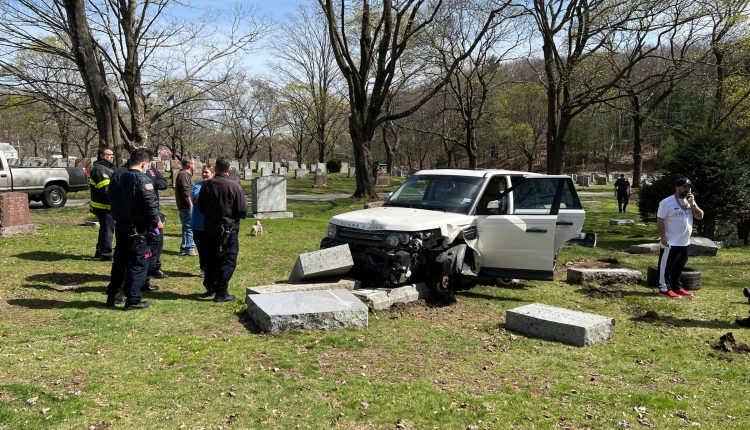 Woman learning to drive at cemetery crashes into gravestones

A woman learning to drive in Wyoming Cemetery in Melrose inadvertently hit the gas instead of a brake, knocking down several headstones and damaging her white Range Rover, according to police.

First responders were called to the cemetery around 2:30 p.m. on Saturday, according to Lt. David Mackey.

The woman, who has a permit, was learning to drive with a licensed driver, Mackey said. At this time, there are no charges, he added. The driver’s name was not released.

The Range Rover was towed from the scene, according to Mackey. Photos from the scene show that it lost a tire and several other parts.

No further information was immediately available.

Housing projects in Wenham, Gloucester get share of $63M in state funds | News