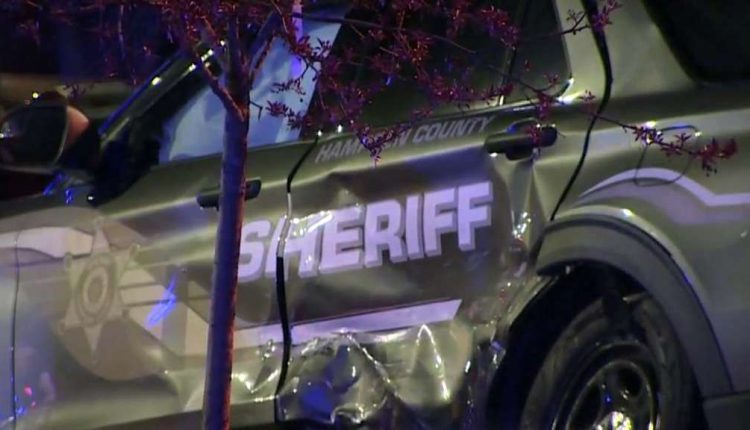 Julien Fernandes, 25, of Brockton, is facing charges including operating a motor vehicle while under the influence of intoxicating liquor, negligent operation of a motor vehicle, and failure to stop, according to the Massachusetts State Police.

Emergency crews responding to a report of a crash in the area of Blue Hills Parkway and Brush Hill Road around 12:30 a.m. found a banged-up Hampden County Sheriff’s Office cruiser and two other vehicles that were heavily damaged.

A preliminary investigation indicated that Fernandes was operating a BMW sedan when he failed to stop at a red traffic signal and crashed into the cruiser, as well as an Acura, state police said.

Minor injuries were reported as a result of the crash.

It’s not clear when Fernandes will be called to court.