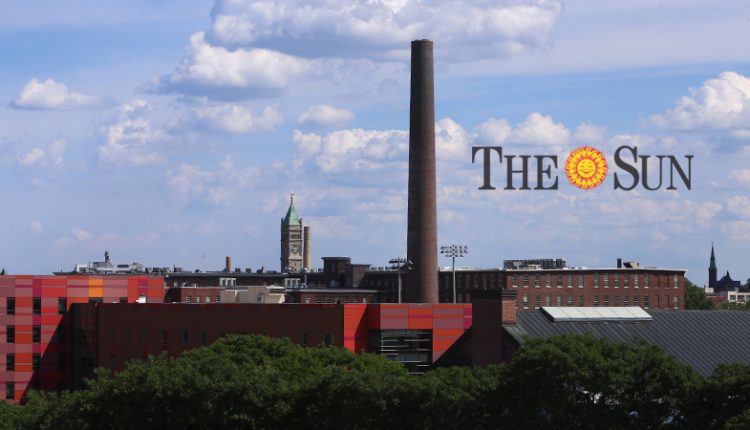 KRAMATORSK, Ukraine — Ukrainian officials said Monday that Russia began its long-anticipated assault to seize control of their country’s eastern industrial heartland, launching a ground assault along a nearly 300-mile front while pounding the nation, including the western city of Lviv, with a deadly barrage of missile strikes.

“It can now be stated that Russian troops have begun the battle for the Donbas, for which they have been preparing for a long time,” President Volodymyr Zelenskyy said in a video address to the Ukrainian people. “We will defend ourselves.”

In a new and potentially pivotal stage of the war focused on Ukraine’s vast rural flatlands, Russian forces attempted to break through Ukrainian defenses along a broad front line in the Donetsk, Luhansk and Kharkiv regions, Oleksiy Danilov, secretary of Ukraine’s National Security and Defense Council, said on Ukrainian television.

“Our servicemen are holding out,” he said, noting that the Russians were able to occupy only two cities.

Since Russia pulled back from the Kyiv region several weeks ago after troops failed to capture the capital, the Kremlin has focused on reinforcing its ground troops in Ukraine’s eastern plains in preparation for a more conventional military-on-military war.

Some U.S. officials and analysts, however, noted that Russia was still moving troops and equipment into the Donbas region and questioned whether Monday’s ground attacks constituted the start of a massive new offensive.

“We believe that the Russians are shaping and setting the conditions for future offensive operations,” Pentagon spokesman John Kirby said at a Pentagon briefing. “We also see that there is active combat going on right now in the Donbas, as there has been for the last several weeks.”

At the same time, Russian forces have continued assaults on other parts of the country. Missile strikes on Monday killed seven people in Lviv, a city once considered a relative haven, local officials said, as Russian forces pressed ahead with their drive to seize the strategic southern port city of Mariupol, where Ukraine has vowed that defenders would not stop fighting.

That crucial battle is unfolding in the war’s eighth week as the country braced for a full-scale Russian assault in the east that Zelenskyy said was intended to “literally finish off and destroy” the Donbas, the southeastern region of Ukraine where Moscow-backed separatists have fought Ukrainian forces for the last eight years.

The governor, Serhiy Haidai, announced the casualties in a Facebook post, urging residents to flee even though it was becoming ever more dangerous to do so.

“Save yourselves!” he said.

Civilians have for weeks been urged to escape the eastern battle zone, but on Monday, for a second day in a row, Ukrainian officials said the two sides had failed to agree on setting up humanitarian corridors for noncombatants’ use.

In a bleak benchmark, the United Nations says more than 5 million people have now fled the country since Feb. 24, when Russian President Vladimir Putin launched an unprovoked invasion to control Ukraine and topple its government.

Since the war began, Western nations have wielded ever-tightening economic sanctions in a bid to get Putin to halt the carnage. On Monday, in televised remarks made during a virtual meeting with economic officials, the Russian leader scoffed at the idea that financial punishment could force him to bend.

Citing a bounceback in the value of the ruble and a record trade surplus, Putin said the Western strategy of an “economic blitz has failed.” He acknowledged that domestic inflation has jumped in Russia, but said state measures were being taken to alleviate the effect on individuals, and that Western consumers were faring far worse.

Left unmentioned in Putin’s remarks was Russia’s uneven progress on the battlefield. While seizing chunks of territory in Ukraine’s east and south, Russian forces have also suffered a series of stinging military setbacks. Those include the sinking last week of Russia’s Black Sea flagship in what Western and Ukrainian military officials say was a Ukrainian missile strike.

The renewed long-distance attacks on Kyiv and the country’s western hub, Lviv, are viewed as part of a concerted recent effort by Moscow to target infrastructure and strike at armament manufacturers in preparation for its eastern offensive.

Increasing Russian bombardment of locales like Lviv, a gateway from other European capitals, and the capital, fairly calm for most of this month, could also stem the flow of foreign dignitaries who have been steadily arriving in Kyiv for talks with Zelenskyy. The Ukrainian president, in an interview that aired Sunday on CNN, said he believed President Joe Biden would visit, although the White House said last week there were no such plans.

Meanwhile, Russia claimed Monday to have staged hundreds of strikes overnight aimed at what it said were military targets across Ukraine. A statement from the Defense Ministry said 16 Ukrainian military facilities had been destroyed.

That account could not be independently verified, but the intensifying tempo of strikes is in line with Western military assessments that Russian preparations for a devastating assault in the east are rapidly moving forward. Over the last four days, Russia has added 11 battalion tactical groups to its forces in the east and south, bringing the total number to 76, a senior U.S. Defense official said Monday.

Kirby, the Pentagon spokesman, said that while the Russian military appeared to suffer from “chronic difficulties” of logistics and sustainment, it had recently moved in aviation support and artillery units ahead of larger ground movements by troops.

“The Russians are trying to learn from their mistakes,” Kirby said. The Kremlin was trying to establish conditions for “more aggressive, more overt and larger ground maneuvers” in the Donbas region, he said.

Still, analysts at the Washington-based Institute for the Study of War said in a report Monday that Russia’s eastern offensive is “unlikely to be dramatically more successful than previous Russian offensives.” Although the Russians might be able to wear down Ukrainian counterparts or achieve minimal gains through the heavy concentration of artillery and numbers, the report said, they were unlikely to have solved their underlying problems of poor coordination and low morale.

“Russian forces did not take the operational pause that was likely necessary to reconstitute and properly integrate damaged units withdrawn from northeastern Ukraine into operations in eastern Ukraine,” the analysts wrote.

Another key prong in the Russian offensive is Mariupol, on the Sea of Azov, whose capture would allow Russian forces to link up along a land corridor between Russian-controlled areas and the Crimean Peninsula, which Moscow seized in 2014.

The city’s defenders ignored a surrender demand on Sunday by Russia, but Ukrainian officials have acknowledged that the holed-up Ukrainian forces have only one real redoubt, a sprawling steelworks complex.

The city itself is an all-but-annihilated prize. Under siege and bombardment since the war’s first days, Mariupol lies largely in ruins, with unburied bodies lying in the streets. More than 430,000 people lived in what was a bustling metropolis before the invasion; about 100,000 are thought to remain, under desperate humanitarian conditions.

Sergey Volina, the commander of Ukraine’s 36th Marine Brigade, said Monday that some of those wounded in Mariupol died in “unbearable torment” each day without medicine, disinfectant or pain relief. Civilians who remained without water, food or heat were in urgent need of evacuation, he said.

“The city needs an unblocking immediately,” he posted on Facebook. “We need heavy weapons for this. … Mariupol can be saved. We are ready to fight to the last drop of blood. But we need to know that the world has done its best to do so. Then we are ready to do even the impossible for our country.”

Mariupol is “contested and isolated,” a senior U.S. Defense official said Monday. If Russian forces take full control of the city, the official said, Russia’s military leaders will be able to redeploy to the Donbas region a significant number of the nearly dozen battle units currently fighting at Mariupol.

Some of the new $800 million in weapons that Biden authorized have arrived in Ukraine — four flights over the weekend and another scheduled within 24 hours — and should be deployed quickly, the official said. In the next few days, the U.S. will begin training Ukrainian officers in the use of howitzers, at a location outside Ukraine, the official said, without giving more detail.

Both U.S. and Ukrainian officials believe harsh economic sanctions imposed on Russia have hurt its ability to replenish weapons.

“Without imports, they can’t even do that,” Zelenksyy said Monday in a video address. “And when all the loopholes used to circumvent sanctions are closed, and when even tougher sanctions are imposed, restoring Russia’s missile capabilities will be unrealistic.”

In a previous overnight address, Zelenskyy said that the Russian troops that destroyed Mariupol “want to wipe out other cities and communities” in two eastern regions, Donetsk and Luhansk.

Russia controls part of both areas now, in the form of self-declared independent statelets, but Putin has signaled he intends to try to take the entire Donbas, as the larger region is called.

Zelenskyy, appealing again for international shipments of heavy weaponry to try to beat back the Russian offensive in the east, declared that every delay in providing armaments is “permission for Russia to take the lives of Ukrainians — this is how Russia interprets it.”

In Lviv, where many of those fleeing violence elsewhere in Ukraine have taken shelter, the city’s mayor and regional governor said seven people died in the volley of Russian missile strikes early Monday.

Mayor Andriy Sadovyi said in addition to those killed, 11 people were injured, including a child. A strike apparently aimed at a vehicle-repair facility blew out windows in a nearby hotel where people displaced by fighting elsewhere were staying, he said on social media.

The European Union’s foreign police chief, Josep Borrell, condemned Russian forces’ “indiscriminate and illegal shelling of civilians and civilian infrastructure” on Monday. “Attacks on Lviv and other cities in western Ukraine show that no part of the country is spared from the Kremlin’s senseless onslaught,” Borrell said in a statement.

In all, the number of people fleeing the war has reached epic proportions. Along with the millions of Ukrainians who have sought haven outside the country, more than 200,000 students and migrant workers residing in Ukraine before the war have also departed, the U.N.’s refugee agency said.

The U.N. High Commissioner for Refugees, Filippo Grandi, over the weekend cited those figures on what he called a “somber Easter Sunday,” saying the holiday should serve as a reminder of the hope that the “methods and language of war” would not prevail over those of peace.

In Ukraine’s east, amid the drumbeat of shelling and the sustained notes of air-raid sirens, evacuations have slowed, particularly after a horrific strike this month on a rail station in the eastern city of Kramatorsk that killed about 60 people.

Oxana Federova, from the city of Toretsk, some 23 miles southeast of Kramatorsk, had driven to the city with her grandfather in their Soviet-era car to try to find an open bank. All the ones in their town were closed, the 32-year-old shop manager said.

But although Kramatorsk is a jumping-off point for departures by bus, Federova had no intention of going.

“Why do I need to leave here? Would you leave your house? If everything you own is here, your family is here, would you go?” she said. “We’re not rich people, but this is our Ukraine, not Russia’s Ukraine.”

(Bulos reported from Kramatorsk, King from Berlin and Jarvie from Atlanta. Times staff writer Tracy Wilkinson in Washington contributed to this report.)