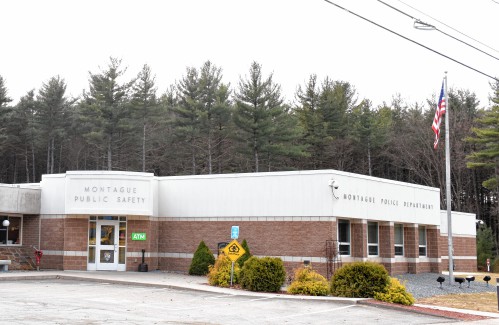 MONTAGUE — As the Montague Police Department looks to leave the state’s Civil Service municipal employee hiring program, chiefs from surrounding Franklin County and North Quabbin municipalities are echoing what a positive change exiting the program has proven to be for their departments.

“I can tell you for us, I’m 100% pleased that we’re out,” Greenfield Police Chief Robert Haigh Jr. said. “You can get things done a lot quicker.”

“It’s probably one of the best decisions our department has ever made,” Orange Police Chief James Sullivan said.

“I would say it was the best decision Athol has ever made, without a doubt,” Athol Police Chief Craig Lundgren agreed.

The Civil Service program, which Montague Police Chief Christopher Williams said the town has been enrolled in since 1932, provides that “state and municipal employees may be hired and promoted under the civil service merit system” and that “the Civil Service Commission hears and decides appeals of public employees.” Should the Police Department have the request to leave Civil Service approved at the May 7 Annual Town Meeting, it would have increased flexibility as to who it could hire while maintaining appropriate hiring standards, according to Williams.

“It’s not based on a test,” Sullivan said of hiring outside Civil Service. “It’s based on leadership and ability.”

Civil Service dictates that departments must go top-down through the statewide list of qualified officer candidates when considering a new hire. This often results in towns having to consider potential applicants from across the state, many of which would not be willing to move to western Massachusetts to comply with the Civil Service regulation that requires officers to live within 10 miles of the department they serve.

“For smaller departments, it just didn’t work,” Lundgren said, observing that while larger departments could have a list of 50 people living within their city to consider, small towns aren’t afforded such a pool.

Greenfield was the last Franklin County town to exit Civil Service, with City Council voting nearly unanimously to leave in May 2019 before state officials approved the request a year later, according to Haigh. The North Quabbin towns of Orange and Athol had exited shortly before, with Orange leaving in 2017 and Athol leaving “between three and four years ago,” according to Sullivan and Lundgren, respectively. All three chiefs said the exit improved the hiring process as anticipated.

“We were running shorthanded for so long that it really was a detriment to the community, and now we don’t have to deal with that,” Haigh said, noting that when the Greenfield Police Department left Civil Service, a single day that followed saw “close to 10 new hires and seven promotions all at one time.”

Sullivan particularly highlighted the addition of Officer Evangeline Cakounes — who lived in Westfield at the time of her swearing-in in September 2021 — as an example of what exiting Civil Service has made possible.

“Because of that decision, we were able to hire someone like (Cakounes),” Sullivan said. “She’s coming here and she’s bringing her desire to be in the community with her.”

While Williams said Montague’s department is currently set with 17 full-time officers, things could quickly change should he or another officer decide to retire soon. A more immediate concern, Williams said, is the need for part-time officers, for which he said “it would be good to have a solid six people.”

“Basically, the overall driving factor is that we don’t have any part-time police officers anymore,” he said.

Although Williams has made it clear he needs no convincing to pursue an exit from Civil Service, Haigh said any department questioning whether to leave the program should pick up the phone.

Sights and sounds from ‘the race of all races’