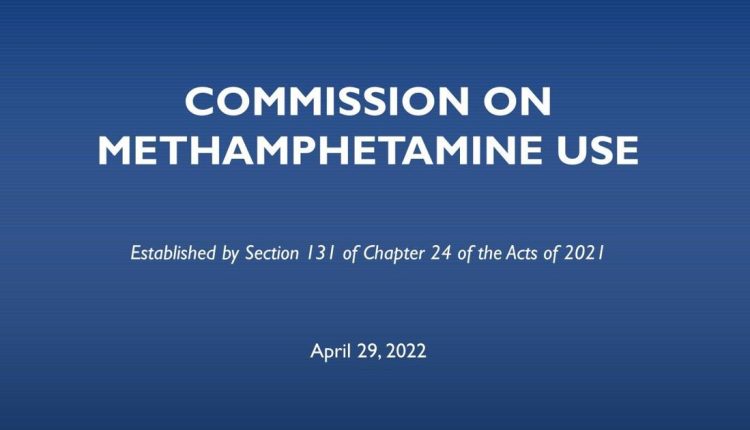 BOSTON — While the state has focused on battling the scourge of opioid addiction, methamphetamines have made a comeback.

That’s according to a new report that says methamphetamines, cocaine and other highly-addictive stimulants have made a resurgence in Massachusetts in recent years.

The report, released by a 19-member state commission, said the rise in stimulant use has fueled a “significant” increase in overdose deaths and the panel recommends more state resources to address the problem that has festered amid a focus on curbing opioid addiction.

“What has traditionally been a niche subculture drug, is now moving into mainstream drug use,” the report’s authors noted. “The reasons for this are many but, among them is the availability of inexpensive, high-quality methamphetamine coming through traditional drug trafficking routes from the southwest border.”

The report also cites recreational use of meth among gay men as a “longstanding and growing concern.”

The drugs of choice range from prescription methamphetamine pills used to treat obesity and ADHD to street-grade crystal meth, cocaine and crack cocaine.

Deaths attributed to stimulants have increased since 2010, the report noted, and many of the fatalities have been “closely linked” to opioid overdoses. The use of fentanyl, a powerful synthetic opioid, as an additive to cocaine and other stimulants has also contributed to the rise in deaths, according to the panel’s findings.

In 2020, there were 1,124 deaths from stimulants such as cocaine and 103 attributed to methamphetamine, according to the state Department of Public Health.

Essex, Middlesex and Suffolk counties had among the largest number of stimulant-related deaths statewide, the report noted.

In its report, the commission said the state lacks access to stimulant-specific treatment and harm reduction programs such as drug-testing materials for addicts.

It also pointed to a lack of training standards for police officers and EMS technicians to provide care for people under the influence of stimulants, unlike training they receive on interacting with those suffering from opioid addiction.

“As a result, emergency medical services providers and law enforcement officials may feel unequipped to properly treat patients under the influence of stimulants and have expressed difficulty discerning between mental health and stimulant use calls,” the report’s authors wrote.

It makes a number of recommendations, including pursuing harm-reduction initiatives, expanding treatment programs, and training for law enforcement officers and medical first responders to prepare for what could be a wave of stimulant addiction.

Christian M. Wade covers the Massachusetts Statehouse for North of Boston Media Group’s newspapers and websites. Email him at cwade@northofboston.com