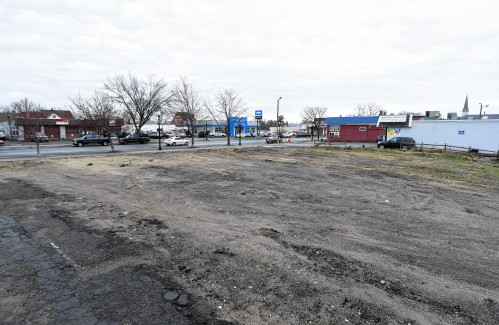 GREENFIELD — Progress on the new fire station appears to be on track, despite the Zoning Board of Appeals’ inability Thursday evening to review the application for a special permit at the location where the station is slated for construction.

The ZBA continued the public hearing for the property at 10 and 12 Coombs Ave. and 35 to 39 Main St. to June 1 due to the absence of three members on the board and the conflict of interest posed by two others who also sit on the Fire Station Building Committee.

ZBA member David Singer, speaking as a member of the Fire Station Building Committee, said meeting on June 1 should be “fine” with respect to remaining on track for sending the package out to bid by July 1, in hopes of keeping with a contract award date of Aug. 15 and construction start in September.

“The project needs, by July 1, to have a special permit in hand … that is beyond the 20-day appeal period,” Singer said. “That’s the math we have to undertake.”

The ultimate goal, Fire Station Building Committee members have said, is for the project to be completed within the two-year time frame firefighters expect to use the temporary station on Hope Street, which was built to make way for the construction of the new Greenfield Public Library on Main Street.

Earlier in the evening, the Fire Station Building Committee met to review the budget — of which Owner’s Project Manager (OPM) Neil Joyce said $3.05 million has been spent to date, largely incurred by the acquisition of the site, construction of the temporary fire station, and ongoing lease and rent payments for the structures, as well as design and OPM fees — and the overall progress of the design and bid process.

The overall $18 million budget for the fire station, slated to be built on Main Street near Coombs Avenue, includes $2 million for the construction of the temporary fire station on Hope Street, in addition to construction for the new station, professional fees and contingency funds.

Mayor Roxann Wedegartner shared with the committee that a potential grant has been identified to help fund the cost of certain aspects of the project such as the generator, storage shed or Emergency Operations Center.

“I want to give (Fire Station Building Committee member Jennifer Stromsten) a giant, giant shout-out for referring us to the U.S. (Department of Agriculture),” the mayor said.

Wedegartner said after talking with Tricia Anderson, a USDA representative, she learned of the Community Facilities Direct Loan & Grant Program.

“It’s a significant amount of money,” Wedegartner said, explaining that roughly $1 million is available through the grant program.

Although the grant requires a match, Wedegartner relayed Anderson’s assurance that the $16 million the city has committed to the project would qualify as the city’s match.

The plan is to submit the grant application, seeking $700,000, by the last week in May, according to Wedegartner.

“We probably will have access, before too long, to additional money for many of the important things we need to have, that don’t have to be funded by the city of Greenfield,” she said, relaying that Anderson felt the city had a good chance of being awarded the money.

Greenfield has also applied for another grant thorough the Congressionally Directed Spending Fund, she added.

“It is pandemic-related money,” Wedegartner explained. “We submitted that grant for $900,000 a couple of weeks ago, specifically to help in construction of the fire station, but primarily the EOC. … Those are the two (grants) we’ve done, and I’m very hopeful.”