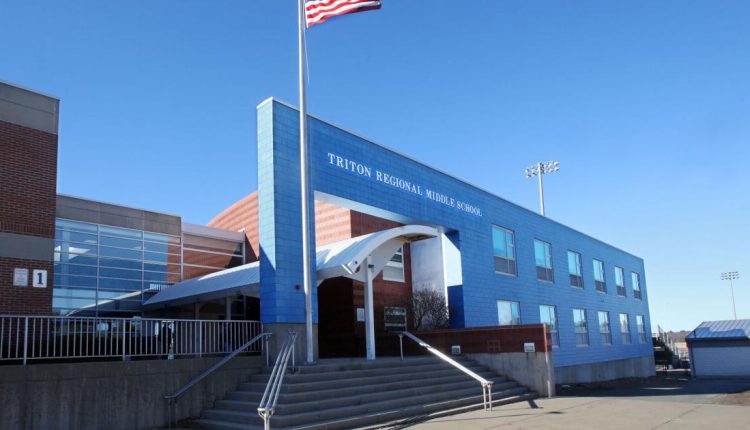 With its at-Large model, Triton school board candidates require votes in all three towns | News

BYFIELD — Two incumbent members of the Triton Regional School Committee were reelected at the ballot box Tuesday by collecting the most votes in all three of the district’s three towns — Rowley, Newbury and Salisbury.

According to official election results, incumbent School Committee members, Paul Lees of Rowley, and Erin Berger of Salisbury, both successfully ran in contested races to serve another three years on the board during town elections on Tuesday, May 10.

Lees lives on Wilson Pond Lane and faced a challenger in his reelection bid for his Rowley seat by Stephanie Vaccaro of Walnut Drive.

Erin Berger of Ferry Road was up for another three-year term representing Salisbury on the Triton School Committee and won 561 votes in her hometown, 260 votes in Rowley and 476 votes in Newbury.

But Victoria Vatcher, also of Ferry Road, was running for Berger’s seat as well and topped the incumbent by 92 votes in Salisbury with 653.

But, the Triton district uses an at-Large voting model when electing school officials and Berger topped Vatcher in Rowley, 260-170 votes, and in Newbury as well, 476-305.

At the end of the day, Berger topped Vatcher with 1,297 total votes to the challenger’s 1,128 and will serve a second, three-year term.

Matthew Landers of Central Street ran an uncontested race for three-year seat on the School Committee in Newbury and received 718 votes in his hometown, 277 votes in Rowley and 742 votes in Salisbury for a 1,737 grand total.

Not all Massachusetts municipalities allow residents to vote for a school committee member from another town.

Glenn Koocher is the executive director of the Massachusetts Association of School Committees and said the state allows for a number of models for municipalities to work from.

One model allows voters to cast their vote for only the candidates running in their municipality, while another model, favored by vocational high schools, allows them to function with appointed School Committee members.

Triton is using the at-Large voting model, where all school committee candidates are on the ballots of all the affected municipalities, according to Koocher.

Triton Superintendent Brian Forget confirmed in a text message that his district has been using the at-Large model, (pursuant to the original and updated language of the district’s regional agreement) for many years with the intention of supporting a unified, “We are Triton” theme across the three towns.

Koocher said another voting model would allow candidates to run at-Large but votes are weighted based on the size of the municipality.

“We might be seated at the same table but I might be from a smaller town and have .6 of the vote, while a larger town has a full vote,” he said.

Koocher added it has been his experience that people are proud of the uniqueness of their systems and don’t really have the appetite for change.