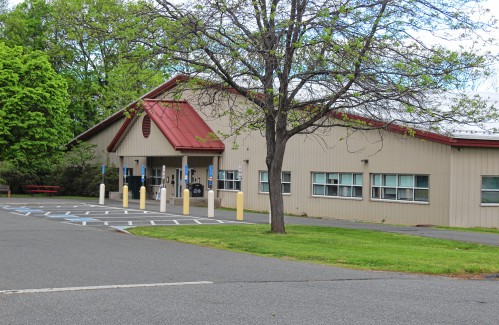 GREENFIELD — Less than two months after the closure of the PCR testing site at Greenfield Community College, a new one is set to open.

“We are working hard to bring additional resources to Greenfield so that we can get the most accurate picture of COVID-19 activity,” said Greenfield Health Director Jennifer Hoffman. “By bringing back PCR testing, which continues to be the gold standard, and coupled with antigen testing as a backup, we should have a good sense of where we stand — as long as people continue to get tested.”

Testing will be available starting Wednesday, May 18, at GCC’s East Building at 1 College Drive on Mondays, Wednesdays and Fridays from 1 to 4 p.m.

In March, Gov. Charlie Baker announced the closure of several of the state’s Stop the Spread PCR testing sites, citing a significant decline in testing in the preceding months. The GCC site, which opened in January 2021, was among the sites to close on April 1, at which point only 11 Stop the Spread testing sites remained open — the closest of which is in Springfield.

The testing site at GCC will be operated by Curative Inc., the same company partnering with Deerfield to offer PCR testing at the South County Senior Center. Public health officials are hopeful to open a third county site in Shelburne Falls — operated by the same company — at Greenfield Cooperative Bank on Bridge Street, according to Phoebe Walker, director of community services with the Franklin Regional Council of Governments (FRCOG).

“We are working — thanks to a very kind offer from Greenfield Cooperative bank and Curative — to find some times in Shelburne Falls that would complement testing days that’s going to be happening farther east,” she said.

“We had a meeting (Tuesday) morning of the public health nurses from a number of communities … and everybody was seeing a significant uptick in cases,” Walker said. “Those are just the cases we’re hearing about.”

Echoing Hoffman, Walker referred to PCR testing as the “gold standard” for testing.

“There are still a number of employers who request a PCR test as proof that you were COVID-positive, in terms of allowing you to stay at home from work,” Walker explained. “And because it’s such a gold standard of a test, it’s really great to have more access to it for residents in other parts of the country.”

Public Health Nurse Lisa White said the choice between getting a PCR test and rapid antigen test is often a matter of circumstance.

PCR testing is preferable for individuals who are already experiencing COVID-19 symptoms and are looking for confirmation of infection, according to White. In general, she said, PCR tests are known for their sensitivity.

“However, an antigen test might be a better choice in the circumstance of someone who had recently tested positive for COVID — that would be in a three-month period,” White noted. “PCR tests, because they’re more sensitive, can sometimes pick up not infectious virus, but residual viral load.”

The downside of a rapid antigen test, she said, is because they aren’t as sensitive as PCR tests, a person could test negative when they’re already infectious.

“If it’s negative and they go forward with a family gathering, and within two days later they become symptomatic, test again and are positive, the people they were with those two full days before they were testing positive may have been exposed,” she explained. “The sensitivity of the PCR can be reassuring if somebody is using a test to screen themselves for a close engagement with people. It depends on context … and it’s nice that we have the option.”

Appointments for testing at GCC are strongly encouraged but not required. Testing can be scheduled online at curative.com/sites/35435. There will be no charge to patients, but those who have health insurance must bring their insurance cards. All patients must bring identification.

The Greenfield Health Department will continue to offer free antigen testing at 20 Sanderson St. on Mondays, Wednesdays and Fridays from 7 to 10 a.m.

The Biden administration also announced Tuesday the third round of COVID-19 rapid testing kits that households can order for free at COVIDTests.gov.

White said there is “strong evidence” that — especially in older populations and those with underlying health conditions — booster shots have increased their immune responses.

“If you’ve had a vaccine in the past and tolerated it well, that’s supportive that it would be tolerated well again,” she said. “It can give you that extra protection.”

On Tuesday, the U.S. Food and Drug Administration authorized booster shots of the Pfizer vaccine for children ages 5 to 11. The CDC is expected to meet this week to decide whether to formally recommend the booster for this age group, according to the Associated Press.

White added that the booster for children ages 5 to 11 won’t be administered in Massachusetts until the state Department of Public Health authorizes its use.