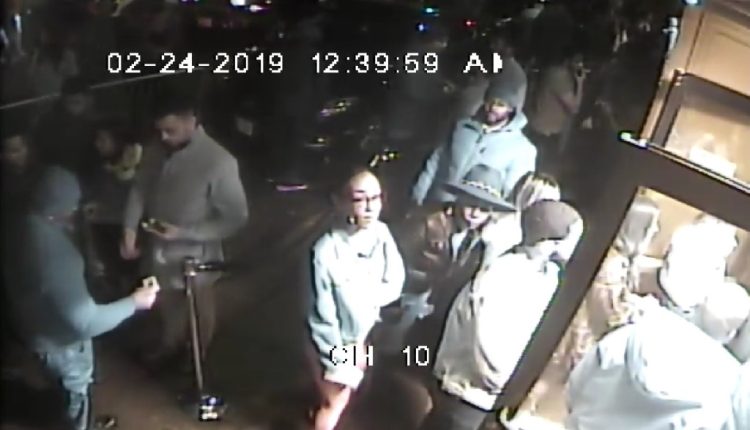 The trial of Louis Coleman III ended the week abruptly when a witness stormed out after making it very clear the case is traumatizing her all over again.

“What do you think? I’m getting traumatized again,” Yvania “Nia” Mondesir said Thursday when asked by defense attorney David Hoose if she was unhappy to take the stand. “Why would I want to talk to you again? … Why do I have to keep going through this?”

Mondesir first took the stand May 13 as a witness for the prosecution. On Thursday, she was the third and last of the companions present for Jassy Correia’s final birthday celebration at the Venu nightclub in Boston on Feb. 24, 2019, to appear in the trial. That last time was also an emotional one for her as attorneys hammered her with questions about the argument and shove match she and her friend Correia had that night.

Mondesir was dressed more casually in a hoodie than the professional clothing she wore in her earlier appearance. She further told Judge F. Dennis Saylor IV that it’s “not fair” that she has to sit there and be “stared at” by Coleman, who she gestured at and said: “He killed her,” prompting immediate objections.

Hoose wanted to know one thing: Did she tell Boston police that her friend, Jassy Correia — who Coleman is charged with kidnapping resulting in her death — had worked as a prostitute in the days leading up to her death?

Correia died sometime within a roughly two-hour span of when she entered Coleman’s car after she left the nightclub and when he pulled her dead body out of his car in the parking lot of his Providence apartment building.

Mondesir pleaded the Fifth — the Fifth Amendment to the U.S. Constitution guarantees a number of rights in legal matters, including one often used on the stand in a trial: the right not to incriminate yourself. It is unclear how answering the question may have incriminated Mondesir.

Regardless, Saylor let her go and Hoose asked that portions of her statement to police and audio from a police interview be admitted into evidence to answer that question for her. The jury will reconvene following the long weekend on Tuesday, which is likely to be the last day of the trial.

Also on the stand was Dr. Daniel Isenschmid, a forensic toxicologist at National Medical Services, who testified to his examination of the toxicology reports conducted by state labs in Delaware. In particular, he found that Correia’s blood alcohol content was very high, and that there was also a “recreational” amount of cocaine in her system — which he defined as “a few lines.”

Further, he said, cocaethylene — an active byproduct of cocaine when mixed with alcohol — was present in Correia’s system, which can continue cocaine’s stimulating effects for longer than if taken by itself.

He also testified that, for some, cocaine use can lead to extreme paranoia and cardiac arrest, though he was not testifying that is what happened in Correia’s case.