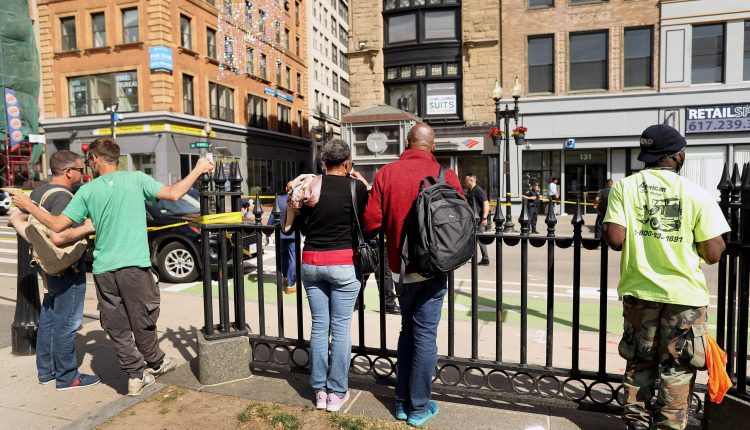 One person was shot Thursday afternoon near Boston Common, police said. The shooter has not been arrested.

The incident occurred around 3:30 p.m., near Tremont and Winter streets. This is near the Park Street MBTA station, the Common, and the Massachusetts State House.

The victim was taken to a hospital, but is expected to survive, police said.

A Suffolk University employee alert said that the suspected shooter fled in the direction of the Red Line MBTA station, NBC 10 Boston reported. The shooter was wearing all red, WCVB reported.

People nearby told WCVB that they saw two men arguing with each other before one person shot the other. A passerby said they believe they heard two gunshots.

“In the midst of national mourning for the child and adult victims of the Texas mass shooting, we experience broad-daylight gunfire in one of the most congested areas of Boston. I pray for the victim and I pray that all of us—our entire society, from the largest businesses to the smallest neighborhood groups—will join the effort to reduce illegal guns on our streets and in our communities,” it read.