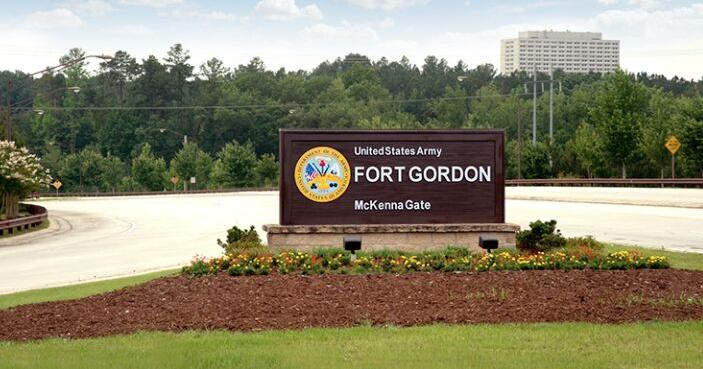 WASHINGTON, D.C. — New names have been recommended for several military bases named for Confederate leaders, including installations in Georgia and Alabama.

During listening sessions and a public comment period via its website last year, a commission tasked with finding new names for the bases received more than 34,000 submissions for renaming, which included 3,670 unique names.

The proposed Georgia and Alabama Army installations and background, per the commission, include:

In Georgia, the commission proposes renaming Fort Benning as Fort Moore in commemoration of Lt. Gen. Hal and Julia Moore.

Lt. Gen. Hal Moore spent his 32-year career in various parts of the country and the world. As a general officer, he oversaw and led the post-war transition to the all-volunteer Armed Forces the U.S. has maintained ever since.

He also worked to stem racial strife and reduce drug abuse among his soldiers, and directed advancements in recruitment and training policies when he served as deputy chief of staff for Army personnel, according to background provided by the independent commission.

Julia Moore accompanied taxi drivers tasked with delivering telegrams for news of death or injury. She also attended the funerals of the men in her husband’s command who had been killed. Her complaints to the Pentagon led to the creation of casualty notification teams (as well as survivor support networks) that still carry out this difficult task today.

Fort Eisenhower is the recommended name to replace Fort Gordon in Georgia. The name would commemorate the 34th president’s service as an Army general.

Dwight D. Eisenhower entered West Point as a cadet in 1911 and continued to rise in the military. In his role as Supreme Commander of Allied Expeditionary Forces throughout Europe, Eisenhower led combined ground, air and sea forces on D-Day in the greatest amphibious landing in history, according to the commission.

Relying on his military experience and diplomatic skill, he strengthened American allies and avoided direct military confrontations. At the end of his presidency in 1961, he retired from public service.

An Army aviator, Novosel joined the Army Air Corps at the age of 19 in 1941 and continued serving in the Army through 1984. He is known for various heroic actions in aviation; most notably, his actions in saving a group of wounded and surrounded South Vietnamese soldiers, the commission reports.

On six different occasions, enemy attacks became so great that Novosel was forced to withdraw, momentarily leaving the area and then returning from another direction to confuse and elude their assaults.

Other Confederate-named bases and their proposed new names include:

– Fort Bragg, North Carolina to be renamed Fort Liberty after the value of liberty.

Per the William M. (Mac) Thornberry National Defense Authorization Act for Fiscal Year 2021, the commission must submit its final report to Congress by Oct. 1 with recommendations to remove, rename or modify “names, symbols, displays, monuments and paraphernalia” within the Department of Defense that commemorate the Confederacy.

The commission — consists of eight volunteers selected by the Secretary of Defense and Congress — is also reviewing any “base, installation, street, building, facility, aircraft, ship, plane, weapon, equipment or any other property owned or controlled by the Department of Defense.”

“We wanted names and values that evoke confidence in all who serve. Confidence that by emulating those whose names are on the installations, we too can rise to every challenge, overcome every obstacle, achieve excellence, and, if necessary, sacrifice our lives for this country and her people,” stated Adm. Michelle J. Howard, naming commission chair and a U.S. Navy veteran. “The names that we are recommending embody the best of the United States Army and America.”