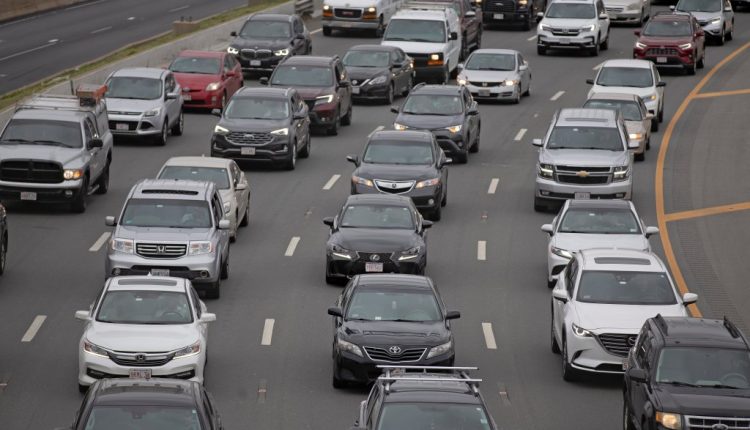 Traffic deaths up 24% in Massachusetts, 19% in US: Report

A new report released this week found Massachusetts saw a 24% increase in traffic fatalities between 2019 and 2021, a “dramatic” number that outpaces the national growth during that time.

Compiled by TRIP, a Washington, D.C.-based national transportation research nonprofit, the report shows that traffic deaths began to increase dramatically in the U.S. in 2020, even with fewer cars on the road due to COVID-19 pandemic restrictions.

Fatalities continued to increase in 2021, as vehicle travel returned to near pre-pandemic levels. From 2019 to 2021, the U.S. saw a 19% increase in traffic deaths, according to the report, which attributes the significant surge since the onset of the pandemic to “increased risks being taken by drivers.”

“In an October 2021 report, the National Highway Traffic Safety Administration found that ‘after the declaration of the public health emergency in March 2020, driving patterns and behaviors in the United States changed dramatically,’” the TRIP report said.

“Of the drivers who remained on the roads, some engaged in riskier behavior, including speeding, failure to wear seat belts, and driving under the influence of alcohol or other drugs.”

An AAA Foundation for Traffic Safety survey of drivers in the fall of 2020 found similar results.

“It is possible that many of the individuals who were willing to travel — and even increase their travel — despite the health risks associated with the pandemic, were already more willing than average to take risks,” the AAAFTS survey report said.

She said there must be more investments in walking and bicycle infrastructure, and pointed to the need for red light or speed cameras, which have been shown to reduce fatal crashes.

The pandemic was a “perfect storm” for fatalities, Thompson said, as more people were walking and biking outside to avoid indoor risks and less congestion on the roads provided more opportunities for vehicles to speed and kill someone.

The report suggests a multipronged strategy to reduce traffic deaths, which focuses on safer people, roads, vehicles and speeds, and enhanced post-crash care.

The Centers for Disease Control and Prevention also released data on traffic fatalities Thursday, which showed that motor vehicle crashes continue to be a leading cause of death in the United States and resulted in an average of 36,791 deaths per year, or 101 each day, from 2015 to 2019.