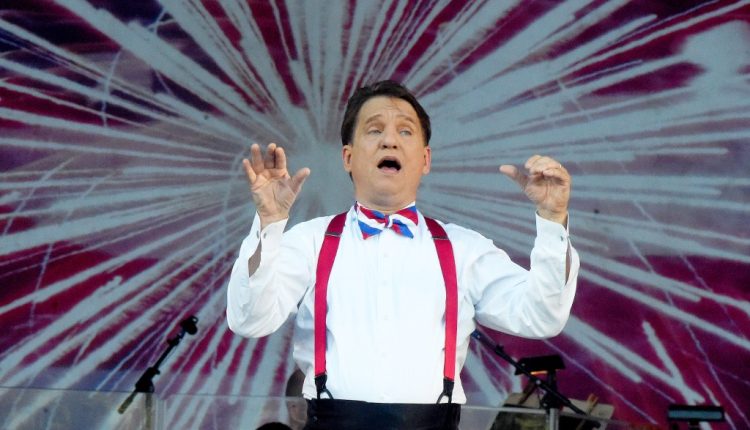 The Boston Pops Fireworks Spectacular returns to the Esplanade in 2022 with a star-studded line-up topped by multi-Grammy winner Chaka Khan and a tribute to philanthropist and organizer David Mugar, who helped transform the city’s Independence Day celebration into one of the best in the nation.

Mugar, who died in January, will be honored with a video tribute during the event, and the Boston Pops Orchestra will be playing songs in his memory during Monday’s program.

One of Boston’s most prominent businessmen and philanthropists, and a member of the Boston Symphony Orchestra’s Board, Mugar suggested to famed conductor Arthur Fiedler in 1973 that adding the Tchaikovsky’s 1812 Overture, fireworks and cannons could boost attendance at the concerts, according to a BSO tribute to Mugar.

The rest, they say, is history, and Boston’s Fourth of July extravaganza grew from there, becoming one of the best in the nation.

For seating close to the Hatch Shell, the Oval will open at noon for members of the public to grab their square of lawn. Spectators seeking seating in the Oval will need to go through bag checks and security, as will those who want to watch from the Lagoon. Seating in both areas is limited.

The concert starts at 8 p.m. and finishes about 10:30 p.m., giving way to the spectacular fireworks over the Charles River.

The show will headlined by 10-time Grammy winner Chaka Khan, and features Javier Colon, winner of “The Voice,” and Tony and Grammy winner Heather Headley in the lineup.

More information regarding directions and rules is available on the Boston Symphony Orchestra website.