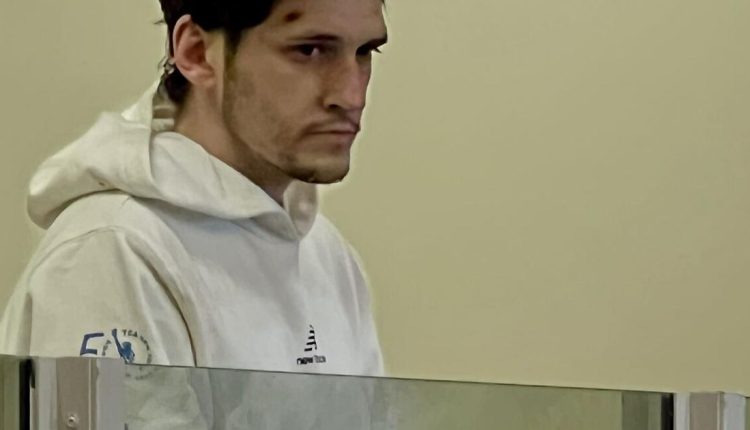 SALEM — In the early morning hours Tuesday, a group of people were hanging out behind the Speedway gas station on Derby Street in Salem.

One of them, who introduced himself as “Mike,” was admiring another man’s foldable electric bike. “Nice bike,” said “Mike,” later identified by police as Andrew Allard. “How’s it run?”

The man who had recently leased the Nakto Skylark bike thought he’d made a new friend.

Instead, after following Allard to a home on Broadway, he became a robbery victim, police said, when Allard asked to try the bike out — then once on it, pulled up his shirt and pointed to a gun, saying, “You lost the bike.”

The victim walked to the corner of Loring Avenue and Broadway and asked a passerby to call the police.

And soon, police found themselves in a standoff with Allard, who had barricaded himself in a basement room. Police say he’d shown the victim a BB gun made to look like a .357 handgun, with black electrical tape covering the butt.

Allard, 30, of 106 Broadway, is now being held without bail on an armed robbery charge. He’ll be back in court next Wednesday for a hearing on whether he poses a danger to the public if released, as well as on a request to revoke his release in four other pending cases.

A plea of not guilty was entered on his behalf during his arraignment in Salem District Court Wednesday.

Police said they called out for Allard to come out of the home, and saw movement inside, but got no response. As one detective went to the station to apply for a search warrant to get inside, police continued to try to convince Allard to come outside.

Eventually, teams from the state police and the Northeastern Massachusetts Law Enforcement Council were at the scene, with one NEMLEC SWAT team negotiator trying for approximately an hour to persuade Allard, prosecutor Hunter Wildrick said in court.

A woman who lives in the home arrived and told officers that Allard had been living there for about three weeks. She also said he frequently uses his brother’s first name.

Police eventually went into the home through the door and several windows and found Allard in the basement. The BB gun was in a closet, and they also found the bike.

They brought it over to the victim, who still had the key.