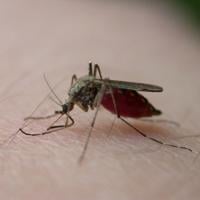 The town’s manager said the spraying is done as a preventative measure by the mosquito management program, and that no mosquitoes have tested positive for West Nile Virus or Eastern Equine Encephalitis this season.

Two products will be sprayed from a mid-sized white pickup truck with flashing yellow lights.

Residents of those areas should keep pets and children inside while the spraying is taking place, and close windows that face the street during and for 30 minutes following the spray.

Air conditioners can be left on, however.

One product is a barrier called Suspend Polyzone with the active ingredient deltamethrin.

The second is an adulticide called Zenivex, with the active ingredient etofenprox.

Safety information on the products that will be sprayed can be found through a link available on the town’s social media pages.

Courts reporter Julie Manganis can be reached at 978-338-2521, by email at jmanganis@salemnews.com or on Twitter at @SNJulieManganis.