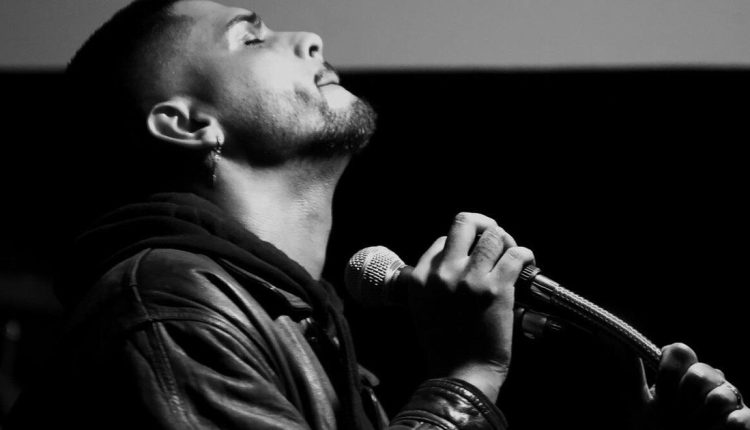 One Broadway Collaborative started as a commitment to the budding artist, to the wanna-be stars of tomorrow and those just curious enough to get up on stage to play a song or tell a joke.

Since last summer, the collaborative, a nonprofit located at 1 Broadway in Lawrence, has been offering the people of Lawrence and beyond — musicians and performing artists in all disciplines — access to low-cost rehearsal, performance and co-working space dedicated to collaboration.

Already, One Broadway Collaborative’s calendar is getting busy. Public performances run the gambit. Open-mic, comedy, singer-songwriters-in-the-round are just some of the offerings.

On July 30, for instance, OBC will host “Labor of Love,” a concert where union songs of old, and new, will be performed.

“Basically, it’s a union-song celebration. We’re going to do a singalong with union songs. I’ve also asked songwriters to write new union-based theme songs in honor of that and then, of course, the Bread & Roses Festival in Lawrence happens a month later,” Aaron Tornberg said.

“What my idea was in starting this was — Lawrence is very Spanish-speaking, a lot of the music in Lawrence has been hip-hop, but there’s a lot of variety was well. They have something call bachata — which was described to me was Dominican blues. The theme’s are blues related, you know, ‘My baby left and I’m sad…’, but in Spanish. “

With his own background in folk music and the music industry, Tornberg said he knows the value of having OBC open any and all genres.

“Really, all music is folk music and my idea is that all genres, all cultures, all styles are really just music of the people, especially when they’re local. If you bring people together musically, it helps make a better world. And that’s my goal…I believe people want to collaborate.”

OBC offers the opportunity for everyone to explore in new music, new styles, new experiences, he said.

“I’ve met people from Lawrence who have never seen a live music performance other than a DJ who plays background music and beats with hip-hop singers or rappers on top of it. But they’ve never seen people in a room with a guitar playing live. That kind of surprised me.”

OBC offers musicians and bands, comedians and other artists affordable performance space — $25 an hour rehearsal fees, $100 an hour for concert/shows/performance. Tornberg said sometimes a 60/40 split on ticket sales is used, with the artist getting the bigger share.

The goal, he said, is to first bring people in and then let them begin to make connections and work with others, he said.

“Pretty much everything we’re doing is designed to bring people in to work together and to collaborate on their music.”

OBC’s weekly comedy open-mic night is a perfect example of how OBC is step up to work.

“The way in is through the open mics — I find open-mic nights are very important to bringing people together because you get welcomed at an open-mic (night) by people, by a supportive group. That’s why I say its kind of like a comedy support group. It’s not just that, but we bring musicians in and they perform, and for some of them it’s the first time.”

OBC is there for anyone who wants to take a shot, perform a 5-minutes routine or just a song.

“All you have to do is come in if you want to try it — it’s only about one song,” he said.

Singers, musicians and comedians can, in such a welcoming, low-stress setting gain confidence, string songs into extended sets. When performers gets comfortable on stage, they might then move from open-mic setting to playing shows at OBC or elsewhere.

“I love bringing in new people — it’s quite an experience when somebody starts to get better and gain confidence. You can see it and it’s exciting.”

One Broadway Collaborative is situated in a growing arts and artisan community in Lawrence. The mill building that’s home is next to several recording studios, artist studios, glass blowers and other artisans. Lawrence, he said, is having an real arts renewal.

The calendar shows off OBC’s musical diversity in hosting varied genres. That includes a country-rock concert by Dennis Stephen on Aug. 13.

“We do everything,” he said.

Regularly, Canadian singer-songwriters will stop by for mid-week shows as they look to fill tour schedules for the Northeast. With each show, regardless of the genre, OBC attracts more and more people, he said, and that equals exposure, awareness and support.

“I think we’re getting a good name in the artistic community,” Tornberg said.

“It’s definitely an oasis for music, especially in the pandemic… It’s an excellent opportunity for all types of creativity. Personally, I think it’s a great venue for the singer-songwriter, composer type (artists) because people go there to listen. There are plenty of bars, places that you can play, but you’re background music,” he said.

The show opened with some singer-songwriters who performed all original songs, then a young rapper took the stage and wowed the crowd. He was followed a female Spanish rapper who served up bilingual rhymes. The night closed out with a comedian doing standup.

“It’s really is a nice comfortable space to be in. Given that it really doesn’t have any windows, you lose track of time and you’re just in an environment that is just so thriving with creativity and music and camaraderie. There are no barriers. Everyone, regardless of your ideology, background and everything, we’re all one,” Page said.

The new state-of-the-art podcasting studio will be soundproof, with a green screen for professional productions, and should be a draw, he said.

OBC has already hosted workshops on far-flung topics like singing the blues with Kemp Harris to one on how to write “unsettling” songs with a horror writer.

Tornberg — the collaborative’s director which is largely a volunteer position — said his role has become his calling — his own labor of love.

“I’m the director but also the guy who shows up to rent the rehearsal space. Basically, I’m working for free, I’m hoping that changes someday, but I just need to do this, I’ve wanted to do this and I’m willing to sacrifice for a bit and hopefully we will generate enough income to hire an assistant and get a salary,” he said.

OBC will use a $100,000 Mass. Development grant, along with matching funds from the property owner, to install a modern HVAC system, build a dedicated podcasting/video room, and upgrade bathrooms, windows and doors.

The expansion will also add about 30 more seats to the room’s 70-seat capacity and a green room for performers, he said.

OBC is ready to take off as the improvements are in full swing, he said. Tornberg is constantly reaching out to community groups, agencies and foundations for support and collaboration. Already, it’s been tapped by the Essex County Community Foundation to create a video channel and has joined forces with the Creative Collective on the North Shore, he said.

(Corner of Broadway and Canal)