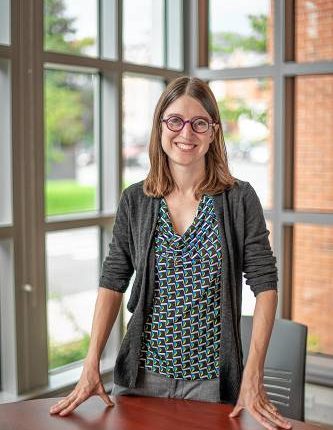 CHARLEMONT — The United States’ relationship with China as it frays on the world stage due to current events will be the topic of the second, and final, Charlemont Forum event of the summer.

Smith College assistant professor Sara Newland, who has conducted extensive research on Chinese economic and political policies, will kick off the discussion, which will begin on Thursday, Aug. 11, at 7 p.m. at the Charlemont Federated Church, at 175 Main St., and on Zoom.

Attendees can expect to learn about the ever-changing relationship between the two countries and how recent world events — including Russia’s war in Ukraine and last week’s Taiwan visit by House Speaker Nancy Pelosi, during which she vowed to preserve democracy on the self-ruled island in the face of threats from mainland China — can further skew that relationship.

“The forum turned out to be very timely in terms of what’s going on in the news,” said Charlemont Forum Committee member Peter Purdy. “This is nothing new, but it’s been hugely exacerbated by Pelosi’s visit, and of course, the Chinese reactions.”

Since Pelosi’s visit, China has extended threatening military exercises surrounding Taiwan that have disrupted shipping and air traffic and substantially raised concerns about the potential for conflict in a region crucial to global trade.

China claims Taiwan as its own territory and has long wanted to bring the self-governing island democracy under the mainland’s control. The two sides split in 1949 after a civil war, but Beijing considers visits to Taiwan by foreign officials as recognizing its sovereignty.

Newland, a post-doctoral fellow at Harvard University’s Kennedy School of Government, said in a press release that America’s relationship with China has deteriorated over the past few decades and now sits in its most precarious position in generations.

“The U.S.-China relationship is at its lowest point in decades,” Newland said. “Domestic political calculations within each country, coupled with a changing international environment, have produced dangerous levels of tension in arguably the most important bilateral relationship in the contemporary world.”

She added fallout from relationship tensions can change the lives of all U.S. residents, “even in western Massachusetts.”

“It’s important for Americans to understand the prospects for and obstacles to sustaining cooperation in the coming years,” Newland said. “If the U.S.-China relationship continues to deteriorate, it could touch every aspect of our lives, from our security to the products we see on the grocery store shelves.”

“It was an issue last fall. If one went back to the news coverage last September, this was heating up then,” Purdy recalled, noting that the war in Ukraine put the topic of U.S.-China relations on the “back burner.” “It’s a hot topic at this moment. I’m eager to hear what (Newland) has to say.”

The forum will be held in a presentation format that lasts about an hour, which will be followed by a question-and-answer session.

Folks attending the live presentation are asked to wear a mask, which is required by the Charlemont Federated Church’s COVID health safety protocols.

Charlemont Forum Committee member Mary Ann Adams said Thursday’s event, which is the final one until next summer, is an opportunity for people to learn more about international relations and how life at home can be affected by them.

“Knowledge is power,” Adams said. “I think a lot of us need to know more about what’s going on in the world.”

More information can be found on the Charlemont Forum’s Facebook page, and the Zoom link can be accessed at bit.ly/3BQd0Sl.