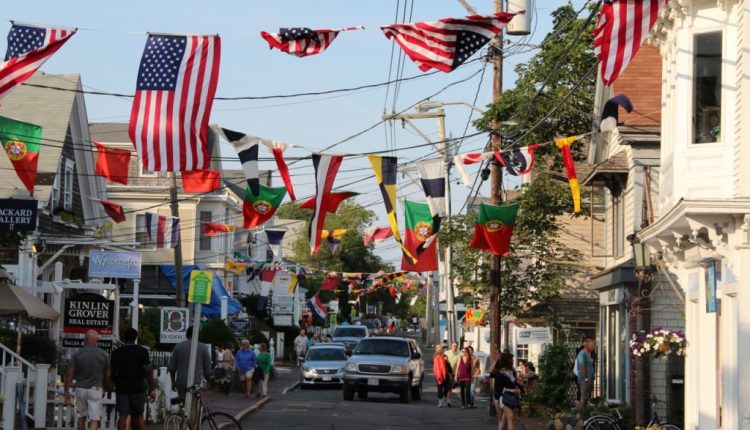 ‘This comes at one of the worst times’

Visitors hoping to enjoy some lobster and other classic staples in Provincetown were turned away on Thursday, as the town’s sewer emergency caused restaurants to shut down during the busiest time of the year.

The town’s sewer emergency is for the main business district of the popular Cape destination, sparking eateries and bars to immediately cease operations on Thursday. The town shipped in portable toilets, as residents were told to “only flush when absolutely necessary.”

Workers were making repairs to the vacuum sewer system after thunderstorms triggered major electrical issues. Town officials estimated that they needed up to 48 hours to make the repairs and get the system back to normal.

“These are probably the busiest two weeks of the year, and then this happens,” Diarmuid O’Neill of The Squealing Pig gastropub on Commercial Street told the Herald.

“We were having a good summer, getting over all of the COVID from the last two years and then bang!” the restaurant owner added. “Hopefully it’s short-lived.”

The sewer emergency and resulting restaurant shutdown will have an “immediate impact” on those local businesses, said Paul Niedzwiecki, CEO of the Cape Cod Chamber of Commerce.

“This comes at one of the worst times it can happen. This is peak season,” he added. “They’ve experienced an immediate loss, and they won’t be able to recoup that loss.”

Amid the sewer emergency, town officials were telling residents on the vacuum system to reduce water use, including dishwashing, laundry, showering and “only flush when absolutely necessary.”

“We continue to make progress and we are moving in the right direction,” Town Manager Alex Morse wrote in a Facebook update Thursday afternoon. “Thank you to everyone who is cooperating with the restrictions announced this morning — it is making a difference and is allowing our crews to do the necessary work. This needs to continue.”

Restaurants could only sell prepackaged, ready-to-eat food on Thursday.

“Our hearts go out to all Ptown businesses, staffs, owners AND Town during this sewer debacle,” the Provincetown Business Guild wrote on Facebook. “While we can’t change the next 48 hours, we CAN support one another and lead our visitors to the businesses that WILL be open!”

“Unfortunately, both restrooms and bar service will be unavailable… but porta potties are on the way!” the venue wrote on Facebook.

The sewer emergency comes just a few days before the start of Provincetown Carnival Week.

“We need to give them time to fix it right,” said Tony Valentino, manager of Bayside Betsy’s. “It’s better to be quiet for two days and then be back-up-and-running instead of a Band-aid fix right before Carnival Week.”