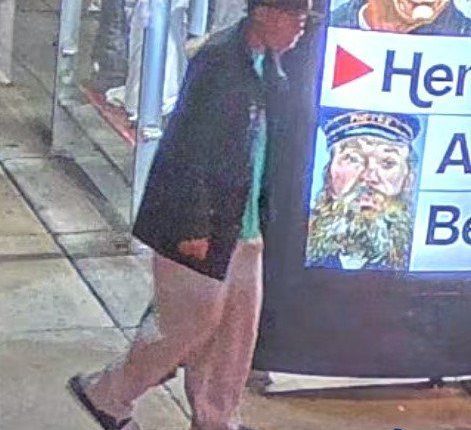 Boston police are seeking the public’s help to identify a person suspected in an alleged assault and battery that occurred in Mission Hill on Wednesday morning.

The incident occurred at Huntington Avenue and Calumet Street where the victim told police that the suspect had pushed them up against a wall and attempted to strike them with an unknown blunt object, police said in a statement.

The victim told police they were able to get away without being hit. The suspect was identified as a black male and was wearing a dark jacket, a black hat that read “HE” on it, a green t-shirt with a star in the center, gray sweatpants, sandals, and was carrying multiple bags, the statement said.