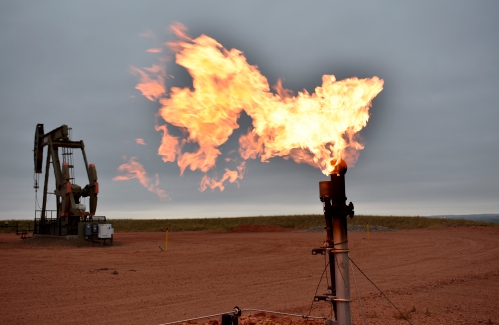 A Baker administration official this week put Massachusetts residents on notice that the cost of heating their homes and keeping the lights on is likely to skyrocket this winter as the price of natural gas soars.

“Everybody should be aware that, this winter, Massachusetts is more like Europe (which is facing an energy crisis this winter) than we are from other states because we’re at the end of our national gas pipeline system,” Judy Chang, undersecretary of energy and climate solutions in the Executive Office of Energy and Environmental Affairs, said during a meeting Tuesday morning.

About half of New England’s electric generation is powered by natural gas or liquid natural gas, commodities that are sold on the global market and sensitive to things like an ongoing land war between Russia and Ukraine. The Northeast’s relative overreliance on natural gas is going to mean budget-busting electric bills for many households this winter and state officials are reportedly working with federal counterparts to prepare for this winter.

“This winter will be, at best, a very high-cost energy winter,” Chang said, adding that the Baker administration has “been working with our federal partners in developing a plan for New England’s winter.”

“So everybody should conserve. Everybody who has close friends, please tell them conserve … I think it’s useful for everyone to be aware of that, and spread the word for conservation as much as possible,” she said.

Attempts to learn more about the state and federal efforts to address winter energy concerns were unsuccessful. Troy Wall, the director of communications for EEA, did not acknowledge News Service requests to speak with Chang or another EEA official on Tuesday and Wednesday.

Chang mentioned that the state’s Department of Energy Resources was involved in the effort. DOER External Affairs Manager Lauren Diggin said no one from DOER was available to speak with a News Service reporter Wednesday and the agency did not answer emailed questions.

On Wednesday, National Grid announced many of its 1.3 million electric customers in Massachusetts are going to get eye-popping bills when winter rolls around thanks to the price of natural gas being “significantly higher this winter due to global conflict, inflation and high demand.”

Residential National Grid electric customers on basic service who use 600 kilowatt-hours of power will see their monthly electric bills jump from $179 in the winter 2021-2022 season to approximately $293 for the winter 2022-2023 season — a 64% increase — according to the company and its rate filing with the Department of Public Utilities.

“We know winter isn’t far away, so we’re encouraging and making it easier for our customers to take action now and letting them know that we are here to help,” Helen Burt, National Grid’s chief customer officer, said in a press release highlighting its “Winter Customer Savings Initiative” that will seek to help customers reduce energy use to save money and connect with available energy assistance programs.

National Grid moves to its winter rates each Nov. 1 and said they are generally higher “due to the high demand for natural gas.” The utility said it buys electricity on behalf of its customers through the wholesale power market following a process approved by regulators and established 20 years ago.

“That process has served customers well over the years and provides flexibility for unforeseen events, like limited supplier response to solicitations. But things have fundamentally changed,” Burt said. “Today, under a sustained, high market price environment, it is challenging to maintain affordable prices. Given that, we think it’s a good time to work with our regulators and other stakeholders to review the process and electricity supply dynamics in the region, with an eye toward reducing price volatility and maintaining a secure, reliable and resilient energy system for the future.”

While some homes use electricity to power lights, appliances and hot water heaters, there were 434,761 Massachusetts households (16.4%) that used electricity as their primary heating fuel in 2020, according to DOER’s Energy Policy Planning & Analysis Division. Space heating, the division said, is “the largest part of household energy costs.”

For people who heat their homes with oil especially, the sharp price increases are already starting to show up. The average price of a gallon of home heating oil in Massachusetts was $4.73 the week of Sept. 6, up 66% from the $2.85 per gallon average measured a year prior, according to DOER’s biweekly survey of fuel prices.