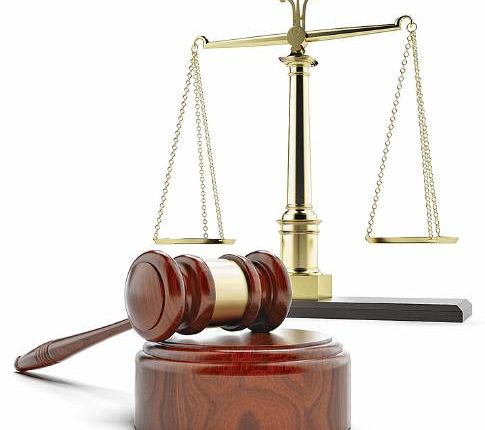 SPRINGFIELD — A Hampden County Superior Court judge is poised to decide whether a reporter for The Berkshire Eagle must provide information the newspaper says would violate a promise of confidentiality to an anonymous source.

That information is needed to allow the Roman Catholic Diocese of Springfield, its lawyer says, to defend itself against a civil lawsuit filed by a man who says he was raped by clergy, including former Bishop Christopher J. Weldon.

But in a hearing Thursday before Judge Karen L. Goodwin, an attorney for The Eagle said the diocese’s need isn’t great enough to violate that confidential source relationship and that the diocese failed to question others who might provide the information.

After hearing about 40 minutes of arguments over Zoom, Goodwin said she would reexamine her previous decision this summer to allow the diocese to obtain limited notes and communications from Eagle journalist Larry Parnass — and will release her decision shortly.

“I’m going to look at my decision again,” Goodwin said. “It could mean adhering to it … I’m not representing that I’m going to change it.”

Goodwin had previously narrowed a broader initial subpoena from the diocese to Parnass in March that she had termed a “classic fishing expedition.”

At the Thursday hearing, Goodwin pressed the diocese’s attorney about why it was pushing so hard for information that could identify a confidential source and possibly have a “chilling” effect on investigative journalism.

“We merely want to defend ourselves from these tort claims,” said diocese attorney Michael G. McDonough. He said that statements from sources made to Parnass could reveal whether the man suing the diocese has been consistent in his claims. It could also speak to whether his claims match what he told diocese investigators and a review board.

Turning over notes and communications Parnass gathered in the midst of extensive reporting on the sex abuse scandal could endanger future reporting about the diocese — and other reporting, his attorney said. So would a deposition on those same elements of the case, as sought by the diocese.

“This story would never have been published by The Berkshire Eagle had not Mr. Parnass been able to ensure confidential sources of his promise not to reveal their identities, and in that respect, this case is much like many other cases that have involved award-winning, societally important journalism,” said attorney Jeffrey J. Pyle. “The Watergate case, the Pentagon Papers case, Abu Ghraib, NSA spying — all of those brought to you by the legal protection for confidential sources.”

The lawsuit by an unnamed plaintiff against the diocese and eight of its officials was filed in January 2021. It stems from a man’s claim he was violently raped and abused by Weldon and two other priests when he was an altar boy in the 1960s.

The Eagle’s coverage, beginning in 2019, revealed that the diocese attempted to cover up Weldon’s involvement. That narrative was supported by an independent judge’s report the following year.

Some of this information only saw daylight due to the help of a source who was promised confidentiality by Parnass, now The Eagle’s managing editor for innovation.

As discovery in the civil litigation ramped up this year, the diocese subpoenaed Parnass. Pyle, acting on behalf of Parnass and The Eagle, challenged the subpoena and deposition request.

Goodwin, the judge, this summer reduced the scope of the subpoena and deposition, but did not stop them.

Parnass said in court filings even Goodwin’s decision to limit what he must produce would compromise his source and the newspaper’s future investigative reporting.

The legal fallout highlights the vulnerability of journalists working on sensitive stories like clergy sexual abuse. Massachusetts does not have a shield law; judges have to weigh each case independently.

Pyle, the newspaper’s attorney, said he had reviewed the notes and communications requested by the diocese, and said there is no way to produce them without violating the promised privacy of the source.

Pyle told Goodwin that he believes the diocese has not made a strong enough case as to why it required the information from Parnass. There were others who could supply the information who had not been thoroughly probed through deposition — people who had been actually present when John Doe spoke before the diocese’s internal review board.

“There’s been no showing of need to get his secondhand information about what was said at the review board meeting that overcomes the First Amendment,” Pyle said.

Pyle said the release of Parnass’ notes could damage his ability to continue reporting on this case, in particular.

Attorney McDonough said stakes also are high for the diocese, which is trying to find and assess any evidence that the diocese was wrong about its stance on Bishop Weldon and John Doe’s credibility — a stance that constitutes seven counts in the lawsuit.

The diocese found John Doe’s allegations against two other priests credible, and have been supportive and paid for his therapy, McDonough said.

“We have been nothing but an open door to the survivor as we would to any survivor because we take this as our religious mission, the church, to root out this scourge of clergy abuse,” he said.

McDonough said if what was said about Weldon was “so clear to Mr. Parnass,” the diocese wants to see that information.