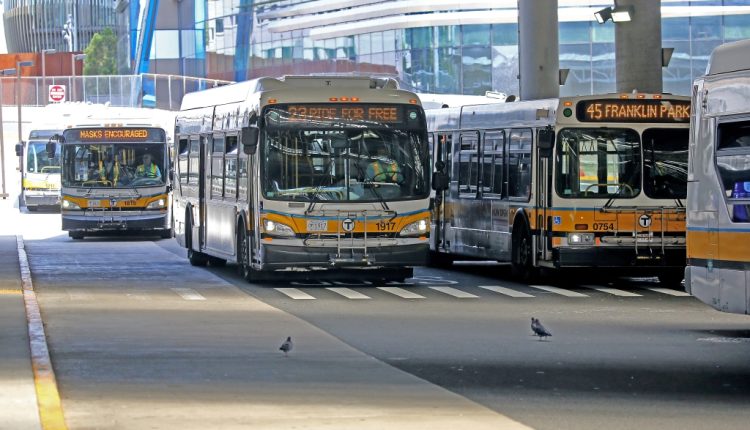 Boston Mayor Michelle Wu said she “strongly supports” many of the commitments made in the MBTA’s bus network redesign proposal, but is concerned about service cuts, route changes, and a lack of connections in certain neighborhoods.

“We know that certain existing neighborhood routes are key to our riders — including older adults and people with disabilities,” Wu wrote in a letter to MBTA General Manager Steve Poftak this week. “These routes must be complemented, not removed.”

Wu said the City of Boston opposes changes to bus route 11 between South Boston and downtown, route 39 between Jamaica Plain and Back Bay, and route 55 between Fenway-Kenmore and Back Bay.

She is also calling for the restoration of the pre-pandemic route 55, with service to downtown Boston.

“These connections are vital to the communities they serve and would not be well-served by the current MBTA proposals,” Wu wrote.

MBTA spokesperson Joe Pesaturo said the T is reviewing the city’s feedback, “along with the 20,000 additional comments received on the draft network map.”

“With a shared goal of designing a bus network that reflects shifting demographics, emerging employment areas and changing travel patterns, the MBTA continues to have a productive dialogue with the city,” Pesaturo said.

“As part of the ongoing review process, the redesign team is evaluating potential changes to the map in response to public feedback.”

Recommended changes to the map will be shared in late October, he said.

Under the draft redesign map, riders would benefit from a 25% increase in bus service, 70% spike in weekend service, and 275,000 more residents would be near high-frequency buses, which would run at 15-minute intervals or better, according to the MBTA.

The T said 115,000 residents of color and 40,000 low-income households would gain access to that high-frequency service.

Wu said that while she supports those commitments, she has concerns about the T’s ability to fund the “consistent, frequent and reliable service” outlined in the bus network redesign proposal.

“The MBTA must outline supporting resource commitments that will make this vision a reality,” she said.

The final bus network redesign map will be implemented in phases over five years, beginning in the summer of 2023.