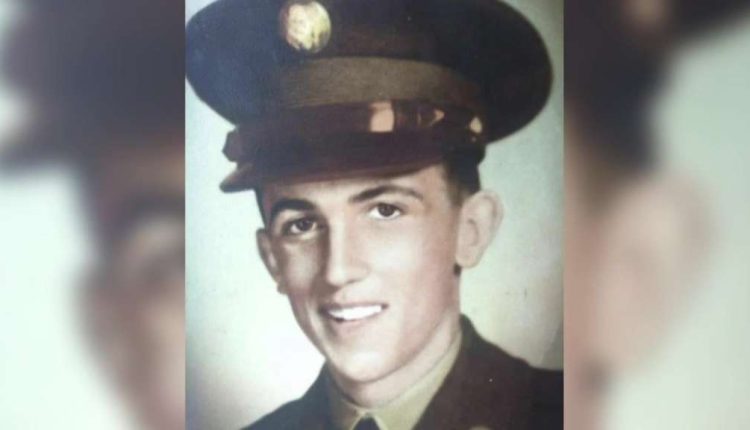 BOSTON (AP) — A soldier from Massachusetts who went missing during the Korean War and was later reported to have died in a prisoner of war camp has been accounted for using modern scientific techniques, military officials said.

Army Cpl. Joseph J. Puopolo, 19, of East Boston, was accounted for in August, according to a statement Friday from the Defense POW/MIA Accounting Agency.

It was the news his family — including his now 99-year-old sister Elizabeth Fiorentini — has been awaiting for decades, Fiorentini’s grandson and Puopolo’s grandnephew, Richard Graham, said in a telephone interview Saturday.

Fiorentini had not seen her brother since she was in her 20s, and had mixed reactions on hearing the news that his remains had been identified.

“In her mind it was like he died again,” Graham said.

Puopolo, an artilleryman with the 8th Army, was reported missing in action on Dec. 2, 1950, after his unit attempted to withdraw from Kunu-ri, North Korea, following the Battle of Ch’ongch’on, according to the military. Four former POWs reported in 1953 that Puopolo had died at a POW camp in February 1951.

After the war, the sides exchanged remains, but not all could be identified and those were buried at the National Memorial Cemetery of the Pacific in Honolulu, the agency said.

A set of previously unidentified remains were disinterred in December 2019, and identified as being those of Puopolo through dental and anthropological analysis, mitochondrial DNA analysis and circumstantial evidence, the agency said.

The family hopes to hold a burial service for Puopolo in another month or so either in a family plot in Malden or the veterans’ cemetery in Bourne, Graham said. Puopolo was one of six children, all of whom had large families of their own, and as many as 60 or 70 relatives might show.

“He has not been forgotten,” Graham said.

(Copyright (c) 2022 Sunbeam Television. The Associated Press contributed to this report. All Rights Reserved. This material may not be published, broadcast, rewritten, or redistributed.)

MBTA tweeted every repair it made during the Orange Line shutdown