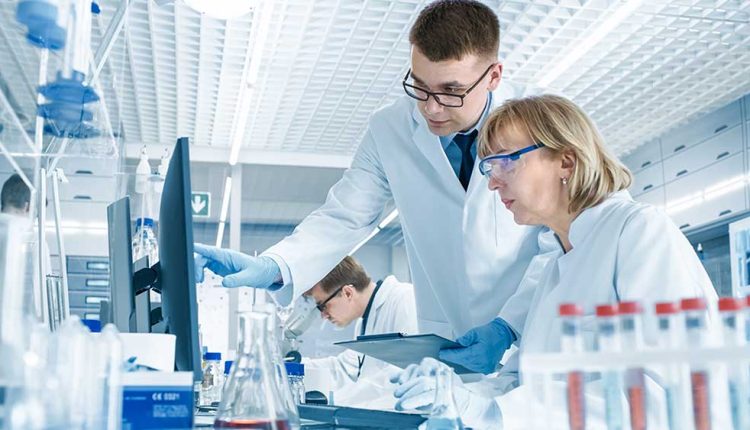 Biotech stocks have been on a roller-coaster ride, but continue to outperform the broader market.


In 2021, the industry was thrust into the pandemic limelight as Pfizer (PFE) and its partner BioNTech (BNTX), Moderna (MRNA) and Johnson & Johnson (JNJ) launched a trio of Covid vaccines. But as society learned to live with Covid — and other concerns around the economy, inflation and politics took center stage — interest in biotech fell by the wayside. Shares of Investor’s Business Daily’s biotech industry group largely declined for 16 months.

After hitting a six-year low in mid-June, biotech stocks seem to have regained their footing. Shares rose 40% from that point through mid-August, before tapering slightly down. But the slight decline comes amid a steeper dive for the broader market. The group is ranked fifth out of 197 industry groups tracked by Investor’s Business Daily. Meanwhile, the pharma group ranks No. 112.

“The sector has started to show signs of a rebound, and we believe several key data events in the coming months as well as any pickup in (mergers and acquisitions), will likely be pivotal in determining whether investor risk appetite will increase and help sustain the recovery,” RBC Capital Markets analyst Brian Abrahams said in a recent report.

But it’s key to watch specific measures when examining stocks. In terms of fundamental and technical measures as well as 12-month performance, the best biotech stocks today are:

The No. 1 Biotech Stock

Catalyst is the No. 1 biotech stock, leading an industry group of more than 800 companies.

Its only product is Firdapse, a treatment for Lambert-Eaton myasthenic syndrome, or LEMS. LEMS is a rare autoimmune condition that saps muscle strength and often occurs in lung cancer patients.

Though sales are growing, the company is looking to acquire a second or third product — either through an outright buyout or licensing deal.

Now, the biotech stock is extended above a cup base with a buy point at 8.74, MarketSmith.com shows.

Catalyst shares are also on the Tech Leaders list.

Vertex is one of the biggest biotech stocks in terms of market cap. It ranks fourth behind Amgen (AMGN), Gilead Sciences (GILD) and Regeneron Pharmaceuticals (REGN).

The company is the de facto leader of the cystic fibrosis drug market. Second-quarter sales — dominated by its triple regimen Trikafta — jumped 22% to almost $2.2 billion.

But it’s now expanding into other efforts. Vertex is partnered with Crispr Therapeutics (CRSP) on a gene-editing approach to a pair of blood diseases. Further, Vertex recently announced its $320 million plan to buy its partner in diabetes treatment, privately held ViaCyte. The companies are testing a cell replacement drug in type 1 diabetes.

Beyond that, Vertex is testing treatments for liver and kidney diseases, Duchenne muscular dystrophy and pain.

The biotech stock has a perfect Composite Rating and a Relative Strength Rating of 96. But shares are now above their 50-day moving average.

The company is also a Tech Leader.

In the second quarter, adjusted earnings and sales increased bullishly to 40 cents per share and $440 million, respectively. Both measures also easily topped forecasts.

Now, Genmab on expanding its suite of medicines to new solid tumors and blood cancers.

Shares have a nearly perfect Composite Rating of 98, but a middling Relative Strength Rating of 66. Genmab is also a Tech Leader.

Amphastar develops, manufactures and sells a variety of injectable drugs. It also works on drugs that can be inhaled or delivered in the nose.

The company also recently gained official Food and Drug Administration approval for prefilled syringes of epinephrine, a substance used to treat emergency allergy reactions. The company has long sold the drug under the “grandfather” exception of the prescription drug wrap-up program. This program allows companies to continue selling drugs that came online decades ago without FDA approval.

Shares have a Composite Rating of 97 and a Relative Strength Rating of 92.

Biotech stock investors are watching catalysts galore for Neurocrine Bio in the second half of 2022 and next year. The company sells a movement disorder treatment called Ingrezza. Ingrezza brought in $350 million in net sales in the second quarter, growing by double digits and beating forecasts.

Neurocrine also raised its Ingrezza sales expectations for the year to $1.35 billion to $1.4 billion.

Meanwhile, the company has a number of drugs in the works for schizophrenia, depression and an adrenal disorder — to name just a few.

The biotech stock’s relative strength line is at a 52-week high. Shares also have a promising Composite Rating of 97 and a Relative Strength Rating of 93. Neurocrine stock is forming a flat base with a buy point at 109.36.

Plus, NBIX shares land on the Tech Leaders list.

Why ‘Covid Fatigue’ Isn’t Enough To Keep BioNTech Down; Shares Surge On Upgrade

Could The Next CRISPR From Verve, Beam Signal The End To High Cholesterol?

Options Trading: How To Start Using Options; How To Manage Risk

Dow Jones Futures Loom: Market Rally Strong, But Here’s Why You Should Be…

They Lived Together, Worked Together and Lost Billions Together: Inside Sam…