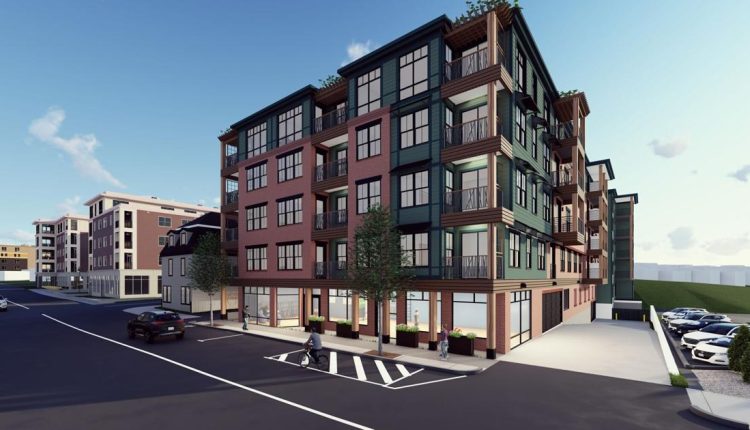 BEVERLY — Another week, another apartment building.

It’s not quite that dramatic, but plans for another new building in Beverly have been filed with the city. A company called Wilso Ventures LLC is looking to build a five-story building at 119 Rantoul St., the site of the Meineke Car Care Center.

The building would have 56 apartments on the top four floors and retail space on the first floor, with garage parking for 56 cars underneath the building, according to the company’s application with the Beverly Planning Board.

The proposal comes as the city continues to debate the merits of all of the new construction that has taken place in the city over the last few years. Proposals for three new apartment buildings — at the Family Dollar site on downtown Cabot Street, at the intersection of lower Cabot and Rantoul streets, and at the former Subway site in Gloucester Crossing — are going through the approval process, as is a plan to construct subsidized elderly housing on Dunham Road.

In the meantime, a 106-apartment building called The Block at Odell Park is being built across from the train station; the former Briscoe school building is about to be renovated into affordable over-55 apartments; and the new Anchor Point affordable housing building recently opened on Sohier Road.

Last week, Ward 6 Councilor Matt St. Hilaire submitted a proposal to the City Council that would limit the height of new buildings in the city to 35 feet. He said the city has undergone “unprecedented growth” with more than 1,000 units of new housing over the last several years. St. Hilaire’s proposed zoning changes would have to be approved by the council, and a public hearing would have to be held.

The city is also looking to rezone the area around the Bass River to allow for housing, although those plans were put on hold after the closing of the Hall-Whitaker Bridge and the uncertain plans for its replacement.

The proposal for the Meineke site was submitted last week by Wilso Ventures LLC, a company formed by Christopher Crowley, the owner. Of the 56 apartments, 36 will be one-bedroom, four will be one-bedroom with a den, and 16 will be two bedrooms, according to the application. There will be 1,625 square feet of retail space on the first floor.

The proposal will be reviewed by the city’s Planning Board, Design Review Board, and Parking and Traffic Commission.