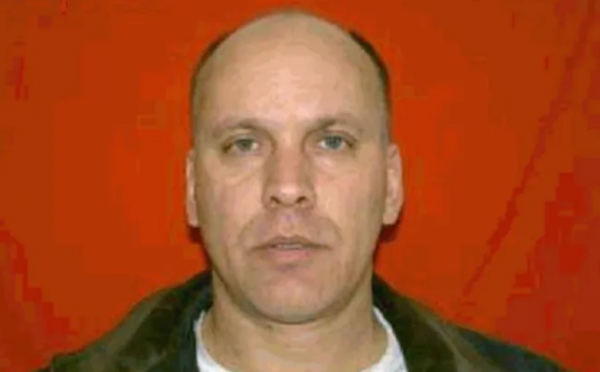 “A convicted and confessed murderer from the early 1980’s will stay behind bars after seeing his parole revoked again.

According to a decision released on September 29th, the Massachusetts Parole Board concluded by unanimous vote that now 62-year-old Charles Chaples is not a suitable candidate for parole.

According to documents released from the Board, during the early morning of March 6, 1982, Chaples broke into a Dartmouth home and took a 12-gauge shotgun, two boxes of shells, and a pair of gloves and proceeded to the area behind Lincoln Park in North Dartmouth, where he parked his vehicle. He walked through a wooded area into the park and hid behind one of the amusement rides so that he could watch the activity of the night watchmen.

Chaples observed Raymond Santos, a night watchman employed by the Park, pass by him and proceed to the Ballroom area. Chaples then walked to the back-side of the park and arrived at the warehouse area before Santos. As Santos approached the watchman station, Chaples scuffled his feet to get his attention. Santos turned around and shined the flashlight into Chaples’ face. Chaples told him to shut off the flashlight and to give him the watchman’s keys. Santos refused and, again, Chaples told him to turn off the flashlight and to give him the keys. Santos refused a second time and Chaples fired the shotgun three times which killed Santos. Santos’ body was found later that day.

The next day, Chaples was questioned by police and later confessed to the murder.

Chaples has been released on parole on several occasions, but was returned to custody each time, most recently in 2021. His parole revocation was affirmed on February 11, 2022. In his opening statement to the Board, Chaples apologized for the actions that led to his recent revocation.

Board Members questioned Chaples about the two violations of associating with someone involved with criminal behavior, as well as the two violations involving irresponsible conduct surrounding contact with a woman. The woman (who was 32 years younger than him) reported that Chaples had engaged in stalking behavior, which included calling her almost 100 times a day and expressing an unwanted romantic interest. The Board noted that Chaples accumulated accusations of criminal conduct during his prior releases, including a substantiated charge for breaking a girlfriend’s collarbone, for which he received a two-year committed sentence.

Chaples told the Board that he incurred his last disciplinary report, which he received for assaulting a cellmate, in 2013. He stated that he has been sober for almost 45 years and attends counseling.

Chaples has been paroled on four prior occasions and has been returned to custody each time due to a concerning pattern of behavior with women, all to include domestic abuse, according to the Board. It was also stated that Chaples presented as not being forthcoming regarding the circumstances surrounding his parole violations. The Board is concerned that he does not take responsibility for his behavior while on parole and that Chaples’ actions are indicative of someone who takes advantage of vulnerable women.

A review of Chaples parole is scheduled in three years.”