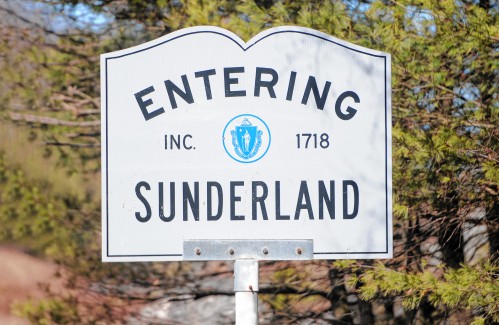 SUNDERLAND — To cap off National Fire Prevention Week, the Sunderland Fire Department is holding an open house on Saturday, Oct. 15, where members of the public can learn about fire safety and meet the firefighters.

The 100th annual Fire Prevention Week is set for Oct. 9-15 with the overarching theme of “Fire won’t wait. Plan your escape.” In that vein, the Sunderland Fire Department is bringing the state’s Student Awareness of Fire Education (SAFE) trailer to its station on Saturday to provide a learning opportunity for children and families. The open house will be held from 10 a.m. to 2 p.m.

“It’s a camper trailer, but it’s like a miniature house,” said Sunderland Fire Chief Steven Benjamin. “It demonstrates to kids what it’s like when you’re in a house and there’s a fire.”

The National Fire Protection Association has sponsored Fire Prevention Week since 1922. In 1925, President Calvin Coolidge proclaimed the week as a national observance, making it the longest-running public health observance in the U.S. It is observed the week of Oct. 9, in commemoration of the Great Chicago Fire, which ripped through the city in 1871 and killed more than 250 people, according to the National Fire Protection Association.

Having a plan, Benjamin said, is vital for getting out of a burning house safely, while also aiding firefighters in their response because it can help them formulate a fire knockdown or, if necessary, a rescue plan. He added key planning topics for children include knowing house layouts and which doors are the best exit routes in an emergency.

“It starts with good practices and repetition throughout the years,” Benjamin said. “So with any luck, these concepts will stick.”

In the trailer, which also has a smoke generator to simulate the visual aspects of a fire, kids will have the chance to learn the best methods for leaving a burning house, as well as other general fire safety tips, such as how to spot when a candle is a fire hazard.

The open house will also feature children’s games with the fire hose so they can feel the power of the water. There will be a meet-and-greet with Sunderland firefighters, members of the Department of Conservation and Recreation’s District 9 Wildfire team, which covers Franklin County, and Smokey the Bear. Meeting firefighters can be useful for parents, too, because it can build familiarity with first responders and show them the equipment their tax dollars support.

“We’ll have a big group of firefighters here to greet people and talk about anything they’d like to,” Benjamin said. “Smokey’s always a big hit. He doesn’t say much, but he’s an institution, no doubt.”

Mayor declares state of emergency for NYC over migrants