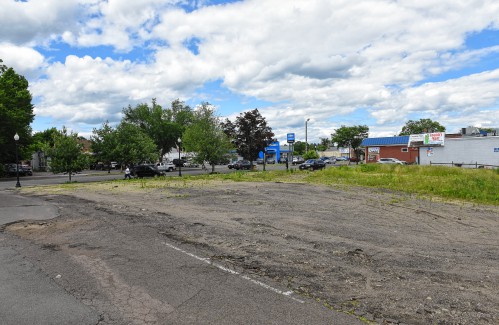 “This authorization goes a long way toward being able to move forward with the (furniture, fixtures and equipment) pieces of the fire station, so they can … go to bid for the things they need at this particular point,” said At-Large Councilor Christine Forgey, explaining the motion to councilors before the vote. “This borrowing authorization sits out there; we may or may not ever get around to borrowing this.”

Last month, the Fire Station Building Committee’s decision to award the $14.47 million contract to D.A. Sullivan & Sons resulted in a budget shortfall for the project of $2.75 million. At $14.47 million, which includes all alternates, D.A. Sullivan & Sons was the low bidder for general contractors, bringing the overall cost of the project to $21.7 million, according to Project Manager Neil Joyce. Subcontractor bids, which include masonry, glass and glazing, plumbing and electrical, were also received in August.

The previously approved $18 million budget included $2 million for the temporary fire station on Hope Street, which firefighters moved into in September 2021.

To compensate for the $2.75 million shortfall, Mayor Roxann Wedegartner requested last month that the City Council appropriate $1.75 million — a sum composed of bond premium and capital stabilization — and $500,000 in borrowing. Wedegartner also plans to contribute another $500,000 in American Rescue Plan Act (ARPA) funding, bringing her contribution in ARPA funds for the fire station to $2 million.

In addition to approving the $1.75 appropriation last month, City Council accepted a $978,000 U.S. Department of Agriculture grant that will also go toward the fire station’s construction. In favor of further discussion on the $500,000 borrowing request and a separate, but related, vote to rescind the $500,000 borrowing authorization for the construction of the new library, both votes were tabled at the time.

“The two philosophies are to borrow or pay as you go,” Fire Station Building Committee Co-Chair David Singer told councilors on Wednesday, noting he would argue in favor of borrowing in this instance.

“The (Greenfield Public Library Foundation) has provided $1 million to the city,” he said. “That means the borrowing for the library can go down without any problems, and you have an extra $500,000. … There is no net level increase in the borrowing.”

In advance of the vote, Fire Chief Robert Strahan thanked councilors for their continued support of the project. He said he trusted the financial package Finance Director Liz Gilman had put together.

“I do my budget and I craft it and adjust it daily, weekly, if needed,” Strahan said. “But Liz does the whole city. When Liz is adamant that this is the best way to do it, how do I argue that?”

Precinct 9 Councilor Derek Helie was among those who supported the borrowing.

“We have people here month after month about public safety,” she noted. “The fire station is public safety as well.”

Ricketts said she doesn’t see any reason for City Council to not support this.

“We’re turning a corner,” she said. “We’re taking care of our infrastructure. Why would we stop now?”

Precinct 5 Councilor Marianne Bullock said she’d hoped to see alternatives for funding consideration, but in the absence of that would support Wednesday’s request.

“I’m also aware … the current fire station in my precinct is not adequate for the long-term firemen and women to be there for an extended period of time,” Bullock said.

Although she ultimately voted “yes,” Precinct 1 Councilor Katherine Golub clarified that a “no” vote wasn’t a “no” vote on the fire station. She said she originally thought a “no” vote might lead to a new financial order from free cash.

“The reason I’m now leaning toward voting for this is because I have a hope that the money that would have been voted for free cash can go toward the teachers,” Golub said, referencing an earlier conversation in the evening that related to the teachers union contract. “I don’t have confidence or trust that that will happen but … we do have the power, (Wedegartner has) the power, to decide where that money goes.”

MBTA to retrain drivers after spike in bus crashes