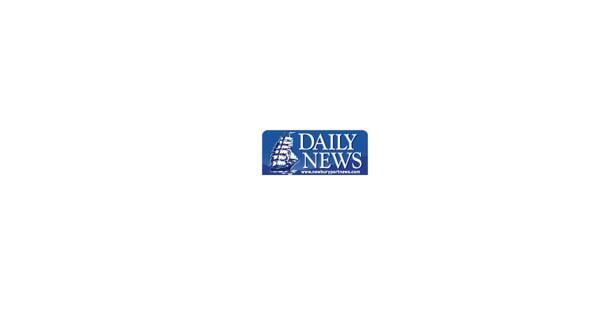 My good friend Brian Cassie of Foxborough has been obsessed with owls since I have known him. Any time we meet, he always had a good owl story or two, but only recently has he begun writing down some stories to share. Here is a couple for you to enjoy:

My friend Linda has her second home overlooking the edge of the marsh at Fort Hill in Eastham, just up the forearm of Cape Cod. Linda and her husband are foodies and when they invited me for dinner I knew I would be enjoying very good and interesting fare. I arrived to a kitchen full of activity and provocative smells but even before I had tasted anything Linda said, “I hear you are an owl whisperer. Is that right?”

“I suppose so,” I answered.

Linda meant more or less right that second with the owl, so we excused ourselves and stepped out the front door and up on to her winding street. It was a quiet fall evening, quite perfect for owl calling … but did this neighborhood of close set houses have resident owls in the oaks and pines of their backyards?

I said to Linda, “The way to find owls is to talk to them. Give some owl calls and if they are around and feel so inclined, they will respond in some fashion, calling or flying in or both.”

Linda thought this sounded like a good plan so as we set off up the road at a snail’s pace, I whistled the calls of a screech owl and directed them toward a neighbor’s little backyard oak grove. and an owl answered, forty seconds into our walk, and flew in and landed on the telephone wire, under a street light, 30 feet away.

“You are an owl whisperer,” Linda said as she watched the owl in fascination.

Brian always had a good sense of humor! Here is one of my favorites, maybe because I know all the participants:

2012, The Year of the Owl for me – a year to devote a lot of my field time to one of my very favorite groups of animals. What sort of weather would come along, especially in winter? How far would I get in my travels? How much sleep could I afford to lose and still stay healthy … and keep my full-time teaching job?

March came along and I was still coherent after many weeks of owl prowling. One morning, I was sitting looking in the sports section of The Boston Globe newspaper and there was a full-page ad for car dealers, with a map of eastern Massachusetts towns. and I picked up a marker and colored in the towns where I had found an owl that year. Pretty good, I thought. Wonder if I can find an owl in all of these towns?

And that started it, the push to find an owl in every Massachusetts town in one year. My map expanded to central and western Massachusetts and Cape Cod and the Islands.

And the colored outlines of towns began to checkerboard that map. I endeavored to keep the state bird watching community up to date on my owl watching but it occurred to me one day that maybe, just maybe, they were having a hard time believing that owls were that easy to find and that maybe, just maybe, I was embellishing my owl list. Good grief. I had to fix that.

So I wrote to Massbird, an online bird sharing site, and extended an invitation to anyone who wanted to come along on a “cruise to nowhere” owl prowl, a trip to parts of the state not yet searched. Right away, three ladies answered “yes” and we arranged a meeting place and that Saturday drove west in the light of day to find some owls … hopefully!

The day’s goal was to find some forest in a number of central Massachusetts towns and call barred owls into view in each of them.

The women along with me had a collective 120 years birdwatching under their belts and had seen their fair share of owls along the way, but this was a different sort of owl experience for everyone, including me (hoping for success this day … please.) Mostly, birders go to see an owl that has already been found, a “staked out” bird. This was an owl prowl of a different color.

“Where are we going?” the matron of the group asked.

“To where the owls are,” I answered … not too smugly, I hoped.

“How will you know where to stop? she replied.

“We’ll just find the right habitat and the owls will be there.”

In fact, we found barred owls at every stop and before awfully long had found them in six new towns. and when we passed into town #7, a voice perked up in the back seat.

“Why here?” I answered, although I thought I surely knew her response.

“Because the habitat is right!” she told me.

And she was right.

Steve Grinley is the owner of Bird Watcher’s Supply and Gift at the Route 1 traffic circle in Newburyport. Email him at Birdwsg@comcast.net, or view his website: www.birdwatcherssupplyandgifts.com.